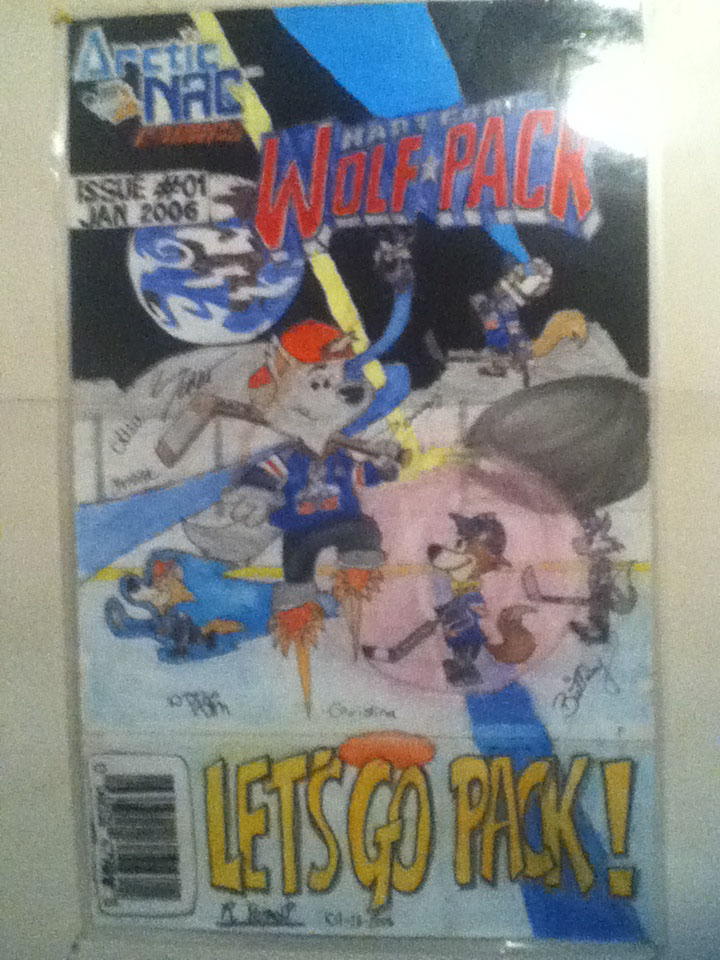 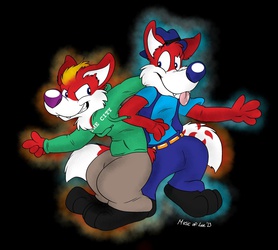 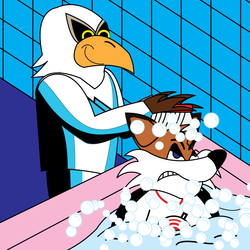 I made this sign back in January of 2006. It's a Hartford Wolf*Pack sign featuring the Hartford Wolf*Pack mascot, Sonar, along with five other wolves, Hokey Wolf, Ding-A-Ling, Loopy De Loop, and two wolves that came from my imagination. I made the sign in the style of a comic book cover, like the wolves were action heroes in a sci-fi setting. The setting is supposed to take place in the year 4006 AD, at a hockey rink on the moon. I gave each of the wolf characters their own unique superpowers.

The idea came to me in October before the Wolf*Pack game I attended after seeing how adorable Sonar is. I began work on this sign on New Year's Day 2006, and completed it on January 18th of that year. People who saw my sign at the game got a kick out of it! I was glad with how it turned out.