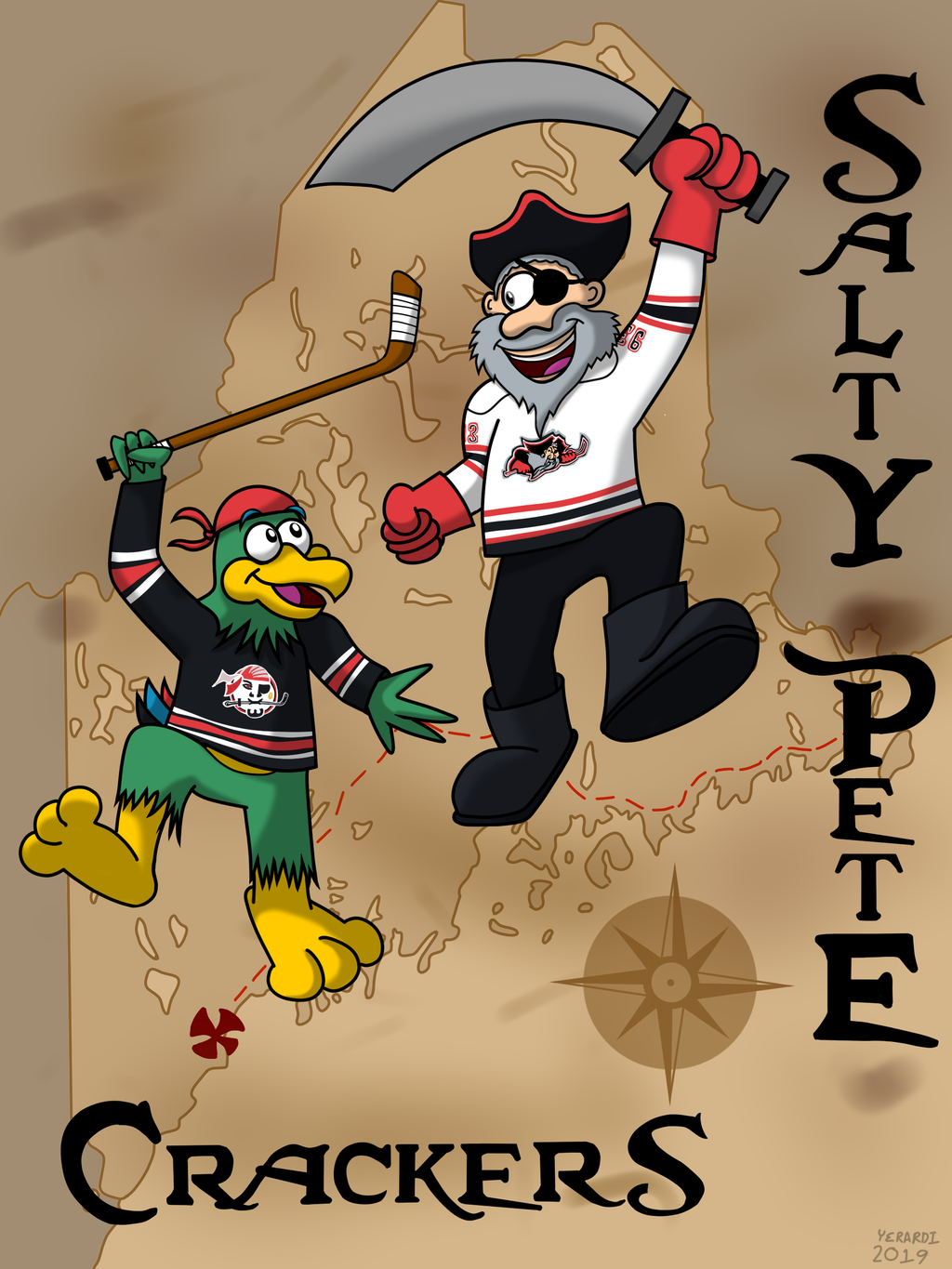 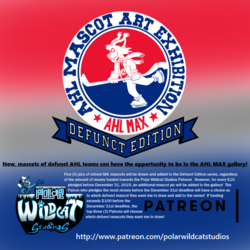 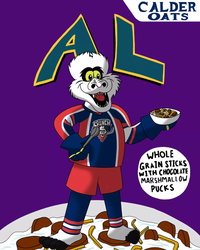 Uploaded later than expected, not due to my post-con hangover from a few weeks ago, but from unforeseen events after recovering from said hangover.

So anyway, here's the second of five (or more) pics in the AHL MAX's Defunct Edition. Salty Pete and Crackers are a human and parrot respectively. They were the mascots of the AHL's Portland Pirates. Based in Portland, Maine, the Pirates played in Maine from 1993 to 2016, winning a Calder Cup in their first year there, too! The arena the team used to play in is now home to the ECHL's Maine Mariners.

This pic shows the dynamic duo marching with a sword for Salty Pete and a hockey stick for Crackers. The jerseys they're wearing include both logos they used during their team's time in Portland. The background is a treasure map of the state of Maine. The 'X' marks the team's home city of Portland. Also, as you might notice with the compass, the right point points to the 'E' in Salty Pete's name for 'East', and the bottom point points to the 'S' in Crackers's name for 'South'. Art by me
Salty Pete and Crackers © Portland Pirates