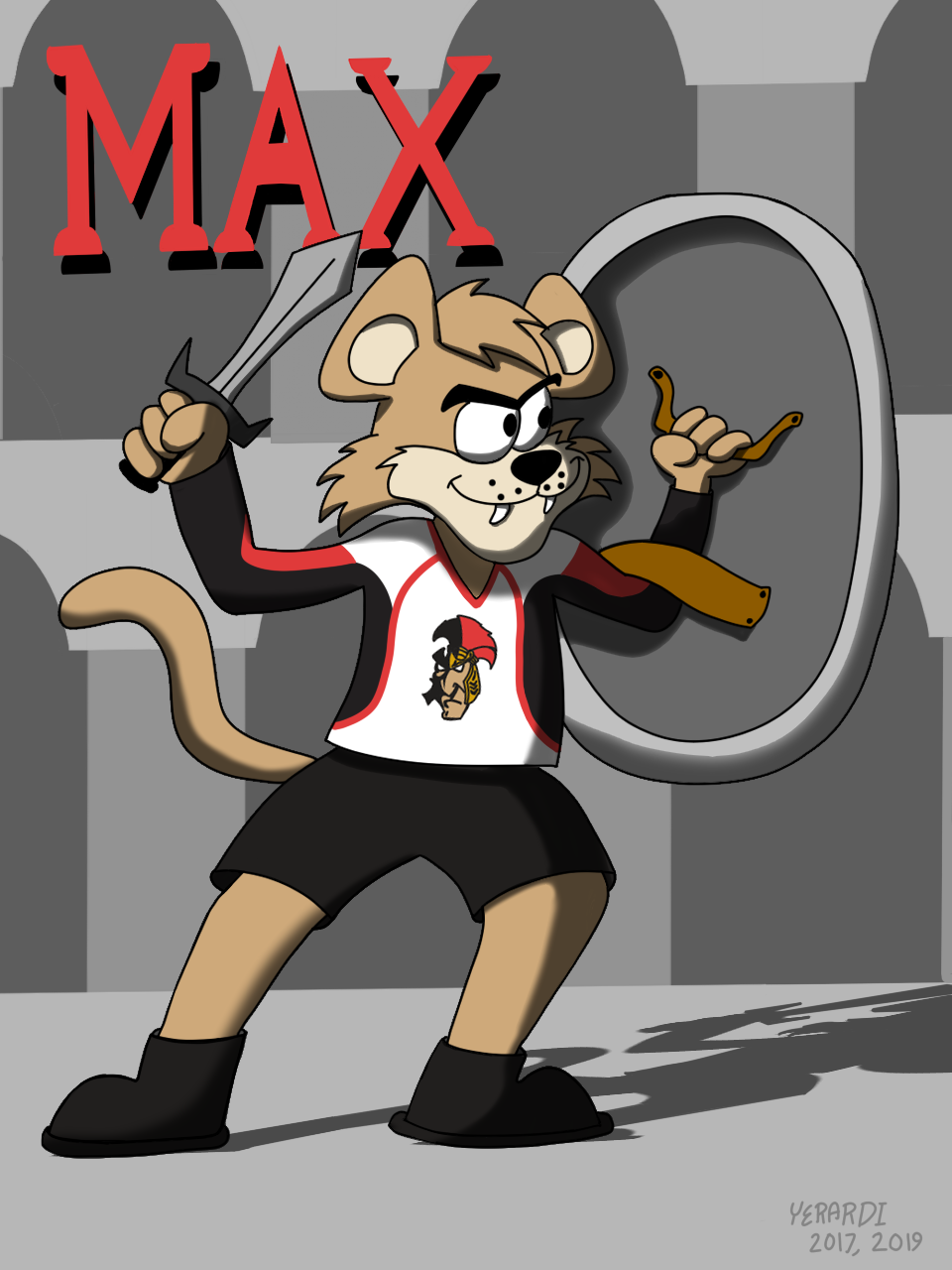 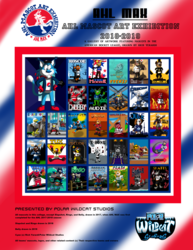 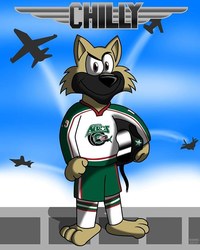 It's time to introduce the first pic for the AHL MAX: Defunct Edition!

During the team's 15 years in Binghamton, NY, the Binghamton Senators' mascot was a mountain lion named "Max", short for "Maximus". As the Binghamton Senators, they adopted their NHL affiliate's Roman Empire theme for their branding. In this pic, Max is at the Roman Colosseum, ready for a gladiator fight (or simply just posing like he's ready).

In 2017, when I was first working on the AHL MAX Series, the Binghamton Senators were in the process of moving to Belleville, Ontario, Canada to become the Belleville Senators. At that time, it was uncertain as to whether or not the Baby Sens would still use Max as their mascot in Belleville or not. Regardless, I still drew Max for the series. In the event the Bel-Sens wouldn't have a mascot, the Max pic would be a placeholder. Belleville would be without a mascot, up until last month, when "Belly" was introduced (Pic of Belly can be found here: https://www.furaffinity.net/view/30840063/). As for Max, he was retired (with the exception of making appearances at Binghamton Devils games).