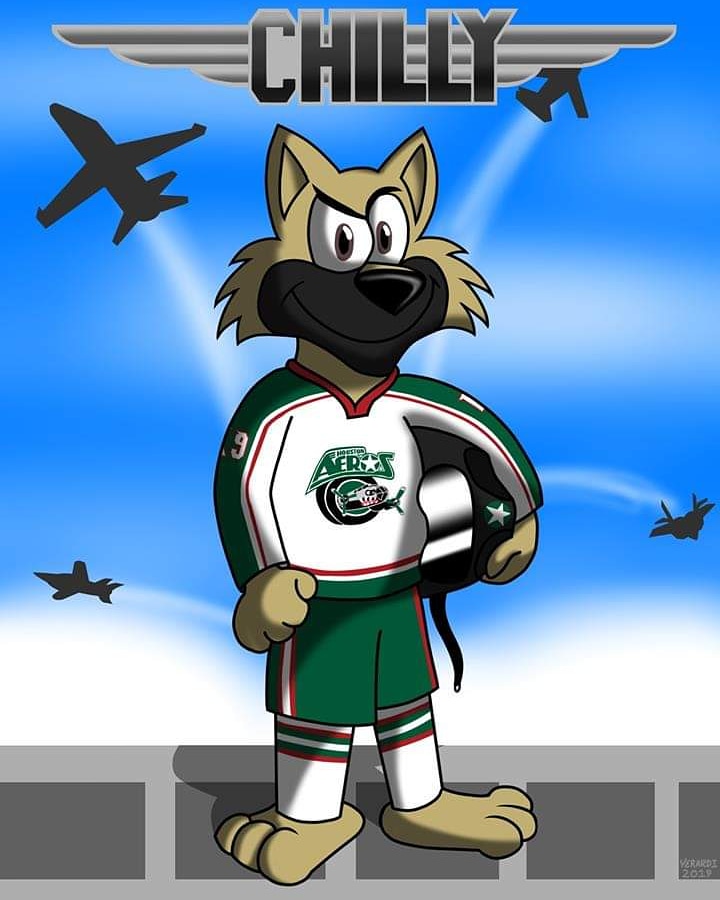 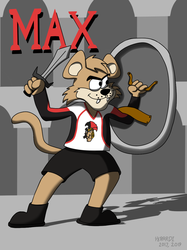 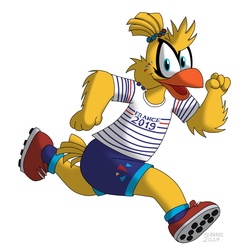 The Houston Aeros joined the AHL in 2001, after the IHL, the league they previously played in folded. They played in Houston up until 2013.

On to Chilly, he's a light brown-furred dog with a black/really dark grey muzzle. Going with the Aeros' aviation theme, here he is holding a pilot helmet, standing on the rooftop of a skyscraper in front of jets flying in the distance.