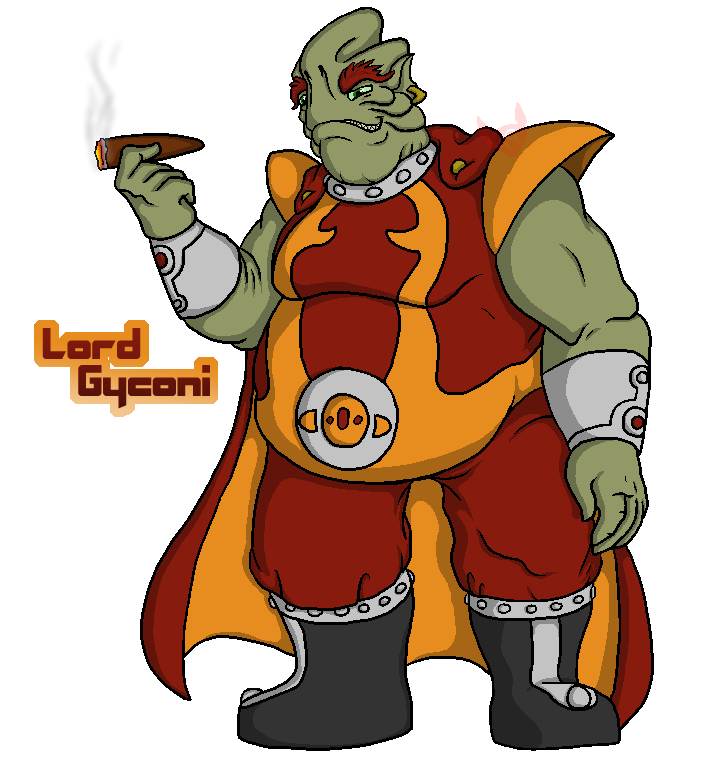 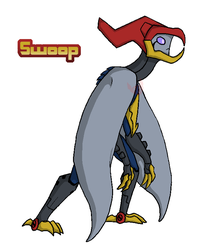 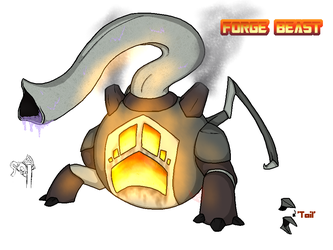 An old Transformers ‘villain’/enemy gets included in this au/fanverse! Quite happy with this design, especially compared to how he appeared in-show.

• Lord Gyconi is a intergalactic Mob Boss of ill repute.
• His greedy nature is obvious not only by his physical figure but by the figure of wealth he has.
• His figure is deceptively obese, this gangster did not get where he is today by being flimsy and has plenty of brawn to back up his ways.
• Cruel and underhanded he’s well-known for beating his own subordinates and isn’t above rigging his own bets to be in his favour.
• Considers himself a bit of a showman as his favourite gambling scheme to run is his “Pit of Destruction” where he hosts gladiatorial-style games.
• Comes off as graceful and generous to those who don’t know of his reputation as he is more than willing to loan anyone ridiculous amounts of money. This first impression immediately wears off as he charges ridiculous interest rates and quite impossible repayment periods.
• Skims profits off the gambling proceeds even when he doesn’t need to.
• Runs many things from a Slave trade business to a corrupt housing department on may worlds.
• Absolutely best friends with Megatron. The two would often meet to gloat about their achievements and trade business.
• Megatron is one of the only people in the known galaxy whom Gyconi does not actively scam, although it is likely he still performs some underhand actions with him. It seems the reason for this may have been the creation of a mutual respect after the two fought.
• There may or may not have been connections between him and Megatron pre-war.
• Megatron has often entered his gladiator pits and come out victorious. While Gyconi does not appreciate the fact Megatron always wins these fights and thus pretty much everyone who bets will bet on him, leaving Gyconi with little profit, he continues to allow it. After all Megatron puts on quite a brutal and gory show, attracting more customers for future shows.
• Supplied Energon to the Decepticons during the war always keeping them ahead of the Autobots.
• Megatron was a regular at his slave department often buying people to do manual labor in off-world projects or importing people to help with his tasks.
• Is incredibly upset with the Decepticons, they stopped contact with him shortly after some Starscream guy vanished? He doesn’t know, then suddenly the war on their world ramped up quite considerably. A lot of property that he had loaned to the Decepticons from machinery to slave-units were destroyed, especially when some colossal space-creature-demon attacked the planet!.
• The Decepticons proceeded to ignore him further after that, even when a new purple guy took command of them. Sod to this! They may have been profitable business partners but this! This was disrespectful! Besides he made deals with Megatron, not these fools, not after what they did.
• What they did was attack him and ruin a slave ring. He eventually got the new leader to come and meet him but for some reason this Galvatron fellow flipped his lid the moment ‘slaves’ were mentioned, destroying large portions of his base and freeing all of his captives.
• These guys are gonna get it now.