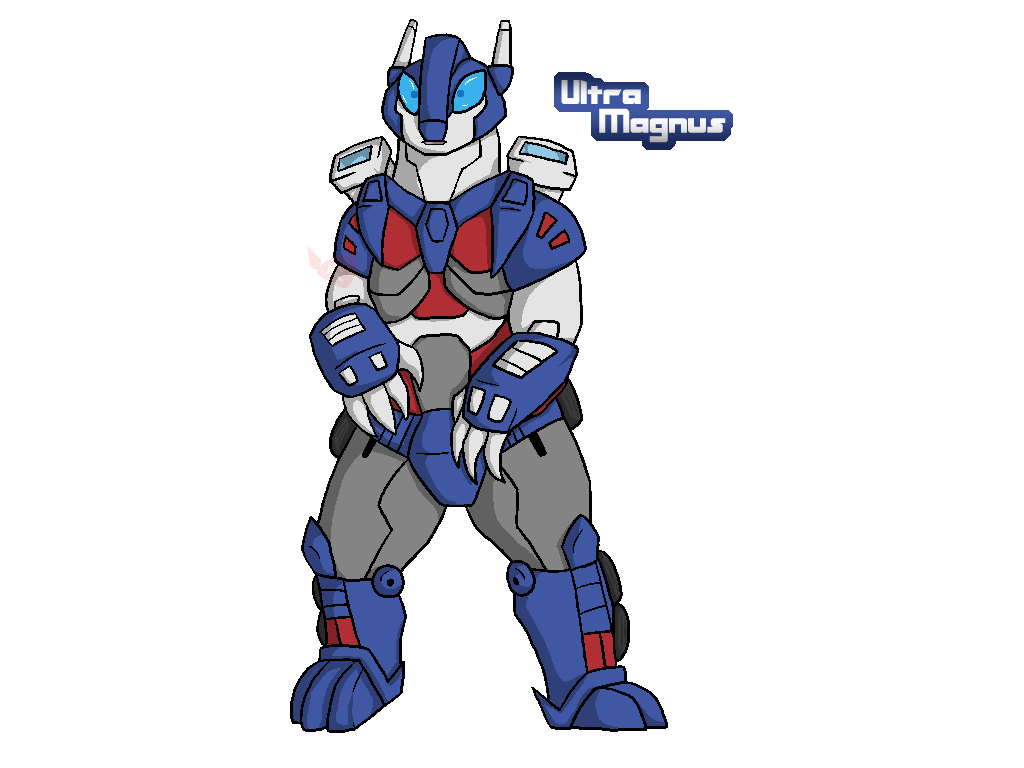 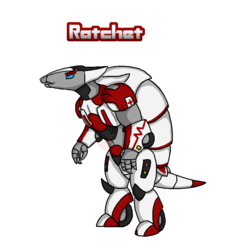 • Ultra Magnus can be hard to get close to but persistence usually pays off.
• If he admires someone, he may put them on a pedestal until they exhibit some problematic tendencies.
• Follower, not a leader.
• Has a medical condition where he has an abundance of copper in his system, this has caused his inner mouth to appear pink, rather than the standard grey.
• Says he’s a ‘follower, not a leader’ but actually has a large group of soldiers who diligently follow his command before others around him and are faithful to his lead.
• Has no idea why the humans lost their minds when he said: “Oh bother”.
• He’s strong, dependable, reliable, selfless and courageous when the time needs it most.
• He’s actually a pretty apt leader, he just doesn’t like the role and tends to fall victim to anxiety if pushed to it.
• He does not appreciate “performance anxiety” jokes about this.
• Can walk on all fours.
• Has a very good bark and can whip up a bunch of soldiers in disarray quickly and neatly.
• Has two shoulder-mounted cannons he can pull forwards to aim and fire at enemies.
• While he almost seemed to have a grasp of leadership after it was handed to him officially (despite choosing not to take on the actual Prime title), it was the appearance of the Unicronians and their subsequent starting of the ‘Unicron wars’ that threw him off-balance entirely.
• He’s not proud of it, but due to the threat they posed, stress and desperation he okayed the use of WMD level weaponry to try and kill the trio.
• He’s since never quite been able to trust anything uttered about the three of them, even when it was the newly appointed Rodimus Prime recounting his own interactions on the inside of Unicron.
• After being captured alongside Wreck-Gar and a human ally, it was him who found Cyclonus sectioned off from the others in the process of being cut open for examination. While it was more accidental than intentional due to ship turbulence he is still responsible for freeing him.
• Though in some ways he’s not totally complaining as it did begin what would be considered their own rivalry with hints of mutual respect.
• Gives advice freely to Rodimus, unaware he’s not quite hitting the actual problem. He’s sort of in the vicinity and genuine with his concern and desire to help but just not getting there. As such he’s started to think Rodimus is just being rebellious but vows to still be there for the new prime.
• Likewise, with other situations, he’s definitely genuinely concerned for his allies but he does have a habit of occasionally just reading one or two facts wrong, so his advice is juuust about there but not quite right. He means well.
• Begrudgingly came to respect Cyclonus back.
• He’s joked as having a ‘hammer fist’ with just how well (and painfully) he can swing a punch.