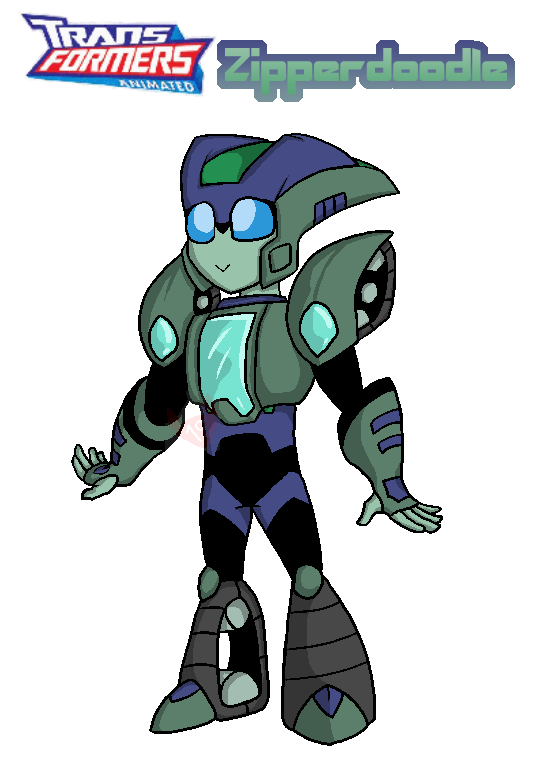 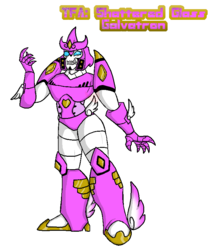 Boy he was fun to work on, such a cutie!

Info:
Zipperdoodle is small and very, very young. They live with their green parent and don't know why blue parent hasn't come home yet.
Green parent seems quite upset by that.
They don't understand it yet but there's a lot of fuss about these really big guys who live in a colony!.
Green parent has been there a few times asking about blue parent.

Zipperdoodle snuck away and got lost during one of these visits, worried he managed to spy what looked like Green parent's shoulder-tracks, but no it turned out to be one of these big guys!
He's big and purple and only has one eye and odd pointy antennae!
They look cool!
He seems quite nervous and was very startled to see Zipper but that's okay! Zipper thinks he likes this new big guy!

Info/Extra:
• Zipperdoodle is a Hardhead/Blurr baby (Sorry, I don't see the appeal of ShockBlurr in tfa and plus there's that infamous G1 scene where it couldn't be anything other than Hardhead kissing Blurr, I mean Look at this! What else could it be?.
• Blurr was his carrier and the mission that resulted in him being crushed was his first after having Zipper.
• Not old enough to transform yet but he turns into a compact car with treads.
• Again (thankfully) not old enough to be 'super speedy' but he wont reach the same speeds as Blurr and usually needs a run up in order to build speed.
• When he grows up he wants to be a Mailbot!
• Will also develop a HUGE love for Cyber-Pizza.
• Plays a big role in Shockwave's arc in "Homecoming". Unaware of Shockwave's prior actions to one of his parents, he thinks Shockwave is this cool, funny looking guy that's cool to be near.
• Also likes the other big purple guy whose now in charge of these big bots, he gave him a cookie!