Things you should know about me (some of which are completely obvious but worth saying anyway:

Things you should know about me (related to art): 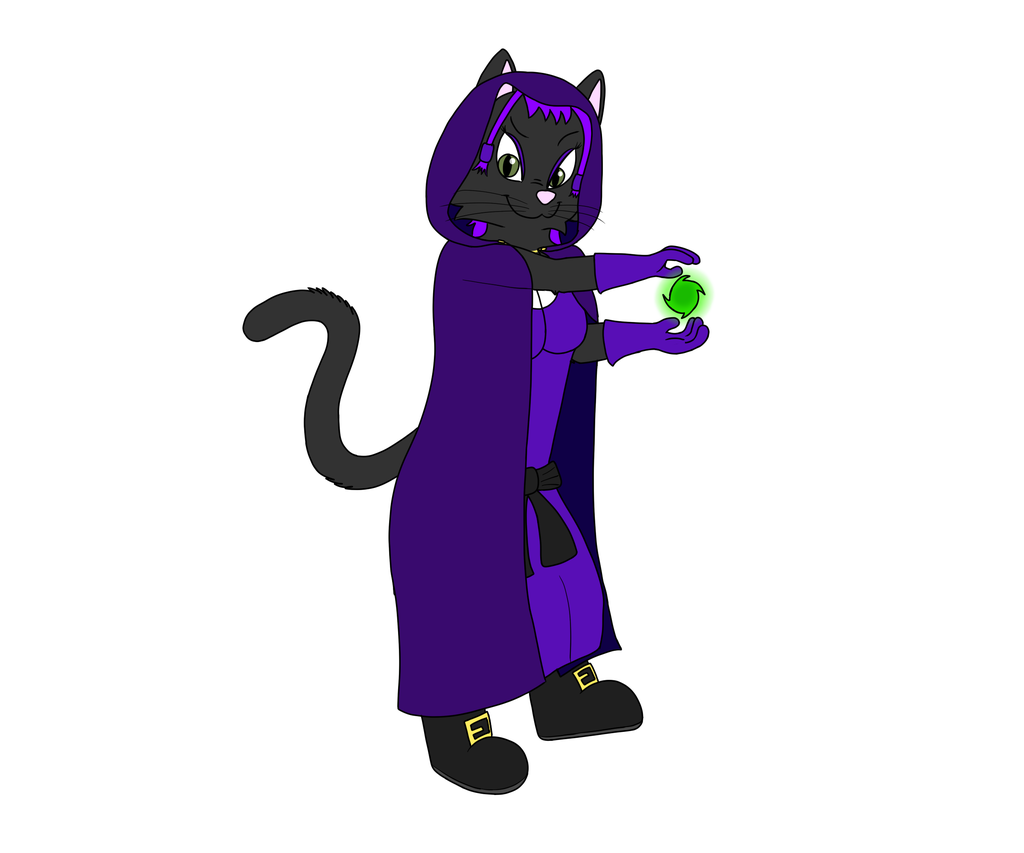 This is the first entry for Chase's Bestiary, in which I detail information about the various creatures that I imagine. You are welcome to use these species for your own characters if you'd like.

Polar skunks, as their name suggests, are adapted to living in frigid and polar climates. Their primary habitats tend to be in tundras and the various arctic regions of the world. They have temperature tolerance much lower than most other creatures in the world. A healthy abundance of fur paired with a thin layer of blubber keeps them exceptionally warm. The usefulness of this trait only goes so far as warmer climates will cause them discomfort. Their fur does not thin out easily either without actually cutting or shearing it; even then, their fur grows back in a matter of days. In addition to their tolerance for cold weather, their coloration allows them to be camouflaged among glaciers. Their fur color ranges from faded blue to nearly white, and most polar skunks are born with blue eyes as well. As a defense mechanism the fur of polar skunks can fade and become white when they need to hide in the snow. For these reasons it is uncommon for polar skunks to leave their snowy homes and migrate to more temperate zones.

Polar skunks also share the typical defense mechanism of the rest of the skunk family. Their spray packs just as much of a punch as any other species, inflicting dizziness and temporary blindness upon its offender. The spray is a last resort defense for polar skunks as they prefer to hide amongst the snow and ice or attempt to fight off their opponent with teeth and claws barred. A polar skunk will raise its tail straight up as a warning prior to spraying. One key difference of the polar skunk's spray when compared to other skunks, however, is their use of special plants to change the scent of their spray. They consume certain plants and berries that neutralizes or alters the smell. Not only does the odor become less offensive thus increasing their propensity for using it, but the potency of their spray is also magnified in the process. Anthropomorphic polar skunks have developed a way of brewing these particular plants into a tea that they drink several times a week. This brew regulates the offensive smell of their spray and instead makes it smell like peppermint. The peppermint spray additionally has double the power of pepper spray.

In fact, most polar skunks have an extreme fondness for peppermint. They are often drawn to the scent. This makes a peppermint spray an even more powerful threat as anything sprayed with the minty fluid will attract more polar skunks. If the gathering surfeit determines that the smell is coming from a threat, they will then in turn attack together. Anthropomorphic polar skunks use this scent for multiple purposes beyond defense. They use peppermint to mark gathering places or waypoints. Women use it as a sweet-smelling perfume and as a way to attract potential mates. Other uses involve combining peppermint with other foods to infuse oneself with energy or mixing scents to create a calming atmosphere.

Anthropomorphic polar skunk society is highly traditional but still remains mostly open to outsiders. They gather in villages with a tribe-like structure. A council of elected figureheads leads each town with the most prestigious family being the head of the council. This important figure is known as the headman of the village. Two officials from the same family cannot become members of the council at the same time. Each village is open to trade and communication not only with other polar skunk villages but also with the rest of the world. It is found, however, that they do not like to have their traditions questioned and will treat some foreigners with hostility. Regardless they generally are friendly with others, keep up to date with technology, and adapt their strong foundation in tradition with more modern approaches.

Certain polar skunks are entrusted with mystical treasures known as runestones. These artifacts carry magic passed on through many generations. Very few of the stones remain among modern polar skunks. The majority of them have been lost among ancient villages and towns that have long since been abandoned. The type of magic varies from stone to stone. For example there are runestones that carry the healing ability of mystical ice water, the power of a spectacular blizzard, and the ability to bring life to snow and ice. All stones have the capability of summoning snow. This particular ability was once used for rituals by seers that would call forth snowstorms and looks through patterns in the wind to do readings of the future.