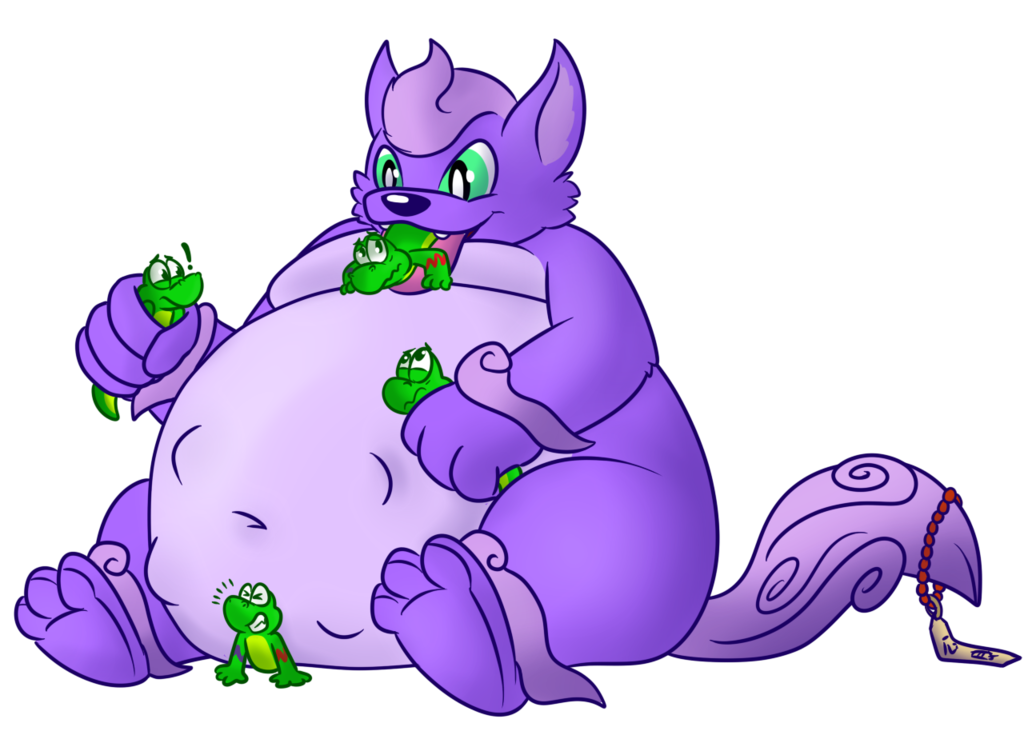 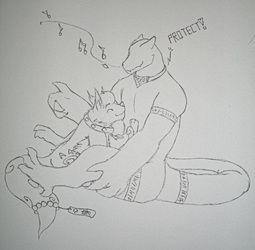 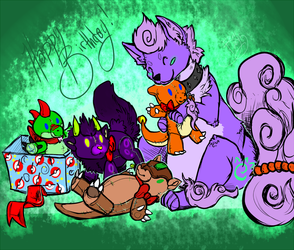 I tend to overlook smaller prey. They can be a nice appetizer to something bigger, or just something I can effortlessly drop in my jaws and forget about, but I don't often go out of my way to hunt down a group of little critters. They can scamper all which-way and totally outmaneuver me, so catching a reasonable meal's worth just leaves me a sweaty panting mess by the end of my collection. Not worth it!

However, sometimes you run into exceptions - situations where you can eat a whole bunch of snack-prey up with minimal effort, all grouped together; a very lucky occurrence. But when I discovered what my Tantar friend Joshie could do...well, it made him an even better snack than any other small-prey, of any number! You see, the quirky little salamander could clone himself. Due to his toonish properties, this special ability did not seem to actually 'cost' anything...energy, mass, nothing. He could simply make a perfect copy of himself, over and over again, without fatigue or limits.

So naturally, I trapped him under my heavy gut, and told him to get to copying...and that I would let him go once I was 'sated'. Well...he sure did his part of the agreement pretty well. For the first 200 or so of the slimy little sally-clones I scarfed down my gullet, anyways. I didn't really think about how my belly's weight atop the original Joshie would only increase over time as I turned his short-lived brethren into doggy-fat...but hey, he WAS a cartoon; he'd be fine even if I totally flattened him!

The salamander did start to struggle, though. Perhaps he realized my little trick; I had promised to let him go when I was sated...but I'm NEVER sated. :3 Oops~ Too late to back out now though, Joshie...so send the next batch of 20-yous sliding down my tongue, please~ <3

This is such a silly and adorable image. <3 It was drawn by   Rodney-Raccoon as a commission (or gift; I can't quite remember) for   supameep/Joshie. I am obviously quite happy to be in this, and so well-fed as well. ^_^ Thanks to both of you two for this! ...Joshie never ceases to bring a smile on my face with his toony charms~