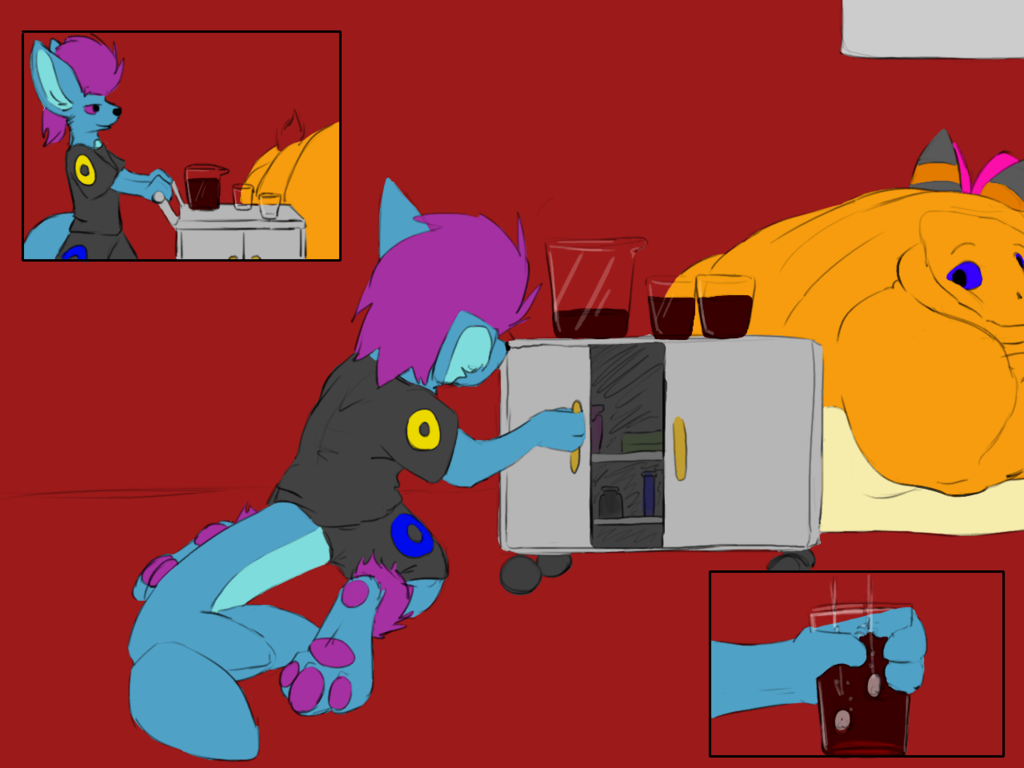 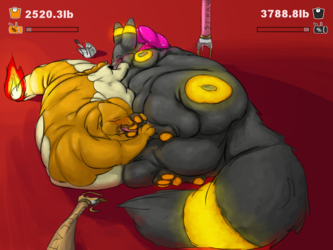 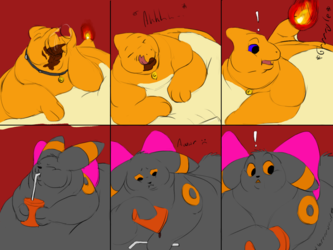 I was the first to notice the sound of the wheeled cart that was being rolled closer to us, and looked over to see just who was entering the room. A blue-and-purple-furred creature, donned in clothes obviously reminiscent of an Umbreon's hide, was approaching with a smile on his face. Shame soon noticed as well, raising his ears and smiling.

It was Immutable, a person who I had heard about numerous times from Shame, but had never met myself. Immutable was Shame's owner, and was apparently quite an enigmatic creature. I had no idea what species he even was, and while his arrival here wasn't unwelcome, it was strange. I'd invited Shame to this location directly; how did Immutable even know what I had planned for his pet?

And, he certainly DID know. Giving a wink of approval to me for the weight I'd given his pet (I certainly wasn't the only one that liked to fatten dear 'ol Shame!), Immutable reached inside his cart's cabinet, messing around about in there. I could hear drinks being poured, the sound of fizz indicating it was likely soda...which soon became confirmed as he placed two cups of delicious-looking cola atop the trolley. Clearly, Immutable not only knew what we had been up to, but had drinks planned for us to wash all that pudding down; how very thoughtful!

...Of course, I hadn't noticed the number of mysterious pills he had dropped into our drinks, as they had dissolved and mixed before the drinks were brought into view...