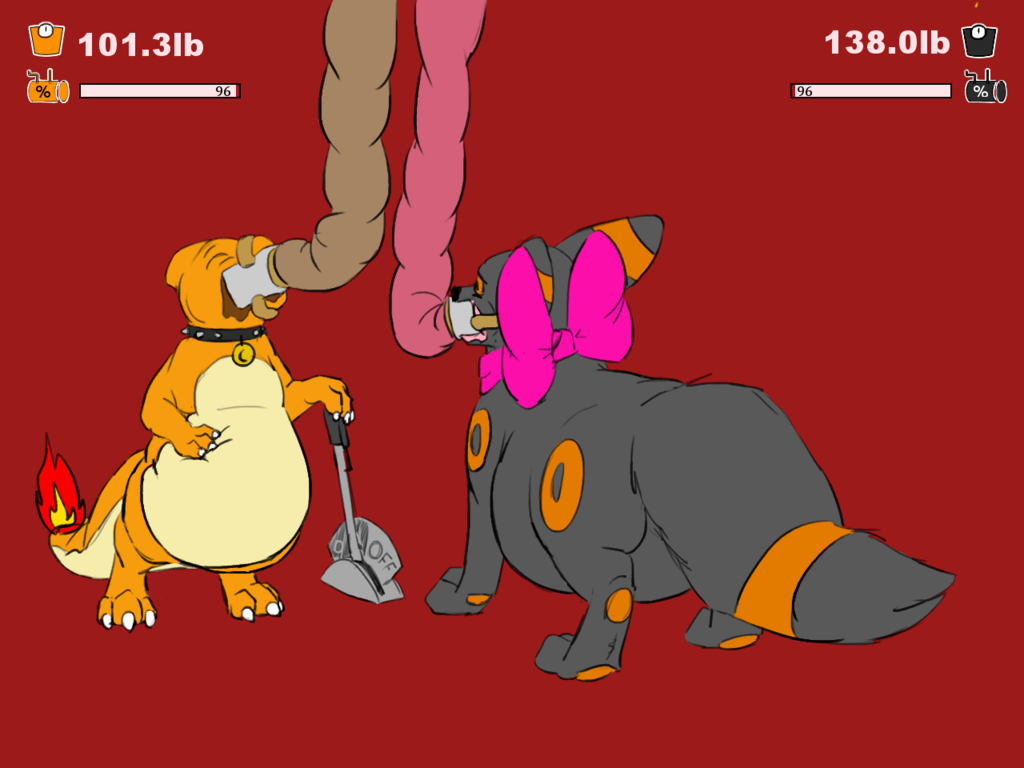 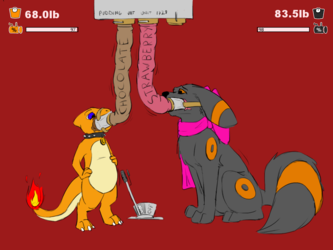 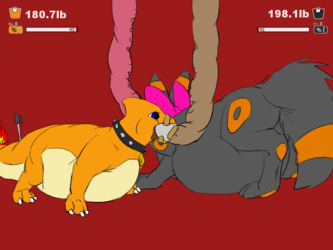 As I triggered the switch for the vat pumps, Shame's ears twitched at the sound of heavy machinery whirring to life. It sounded quite a bit of noise for a simple dessert to be fed to him, but he felt no alarm until the pudding came...smoothly, but QUICKLY, into ours mouths. Indeed it was as I had told him. We didn't even need to swallow, as the creamy desserts slipped down our throats effortlessly, the piping's muzzle-straps only leaking slightly around their sides - not that a little pudding on the face was a bad thing.

But it only took less than a minute before the Umbreon felt QUITE full with his dessert, the strawberry-flavored treat always tasting wonderful, yes, but it was simply filling his belly much too widely for his tastes. One should never gorge too much on a dessert, after all - and he was consuming more food than he would even from a proper meal.

Still. Shame, while a bit uncomfortable with the situation, still hesitated. Certainly the flow of pudding would be stopping soon, right? He tried to raise that question with me, but found speaking around the sugary river filling his gullet impossible. Gestures didn't help either, as I myself was in bliss, eyes closed as I leaned on the triggered lever.

The Umbreon's tail twitched a bit as he contemplated his next action, his gut growing ever heavier...