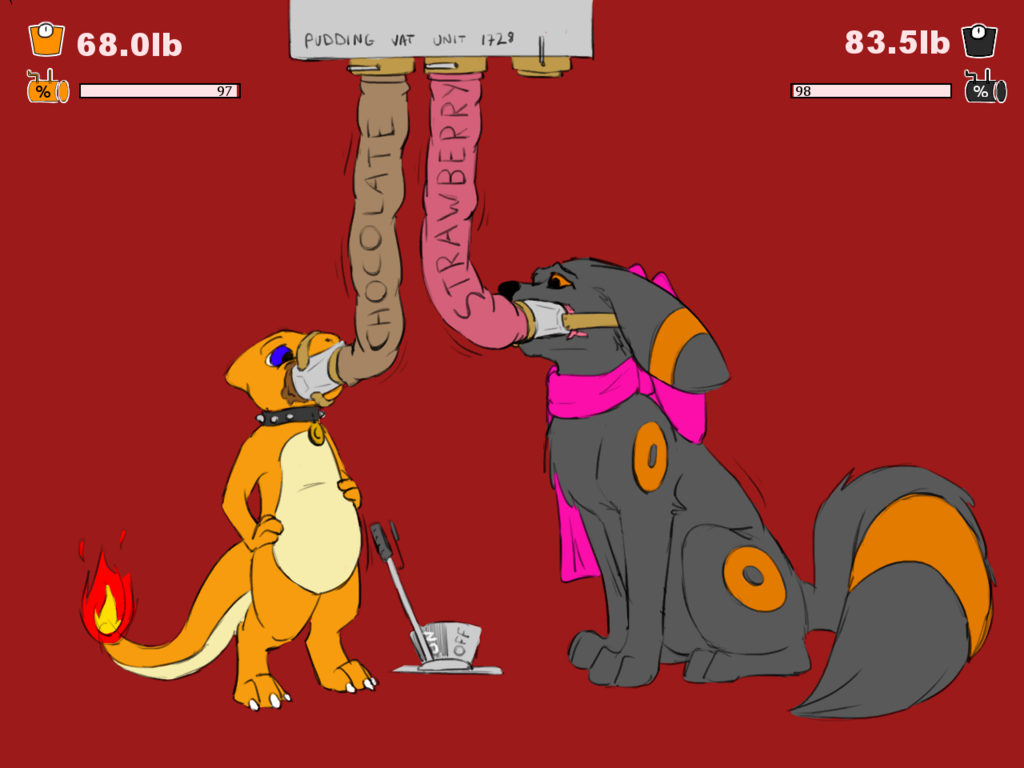 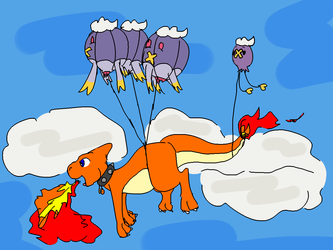 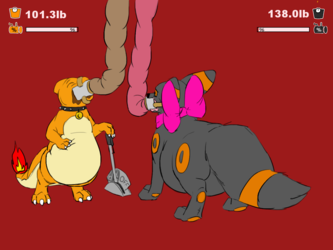 Everybody loves pudding, right? Smooth, creamy, sweet and delicious, it requires no effort such as chewing or gnawing to consume. A simple swallow will do...or perhaps, even less effort than that.

Shame the Umbreon and I have been good friends for quite a while, but the two of us share different interests - yet share the same interests at the same time. Confusing? Well... I'm always one to enjoy mass amounts of consumption, and Shame is perfectly as capable as me - perhaps even moreso. Yet, the Dark-type is resistant to such an event all the same - embarrassed, even, when it happens to him.

But even so, I managed to coerce the dear Umbreon to hook up to a set of pudding vats with me. Shame does like his strawberry pudding just as much as I love my chocolate, after all. Plus, I may not have told him just how MUCH pudding I had for him and I, but...details. He certainly did seem suspicious when I fastened the hose over his maw, wondering why such a thing was necessary for eating a simple dessert, but he went along with it all the same.

Shame isn't the most independent of Eeveelutions, and tends to go along with what his friends might suggest, or coerce, him to do. Whether that's good or bad depends on the friends, hmm? ;3 And of course, I would NEVER do anything 'bad' to my friends...