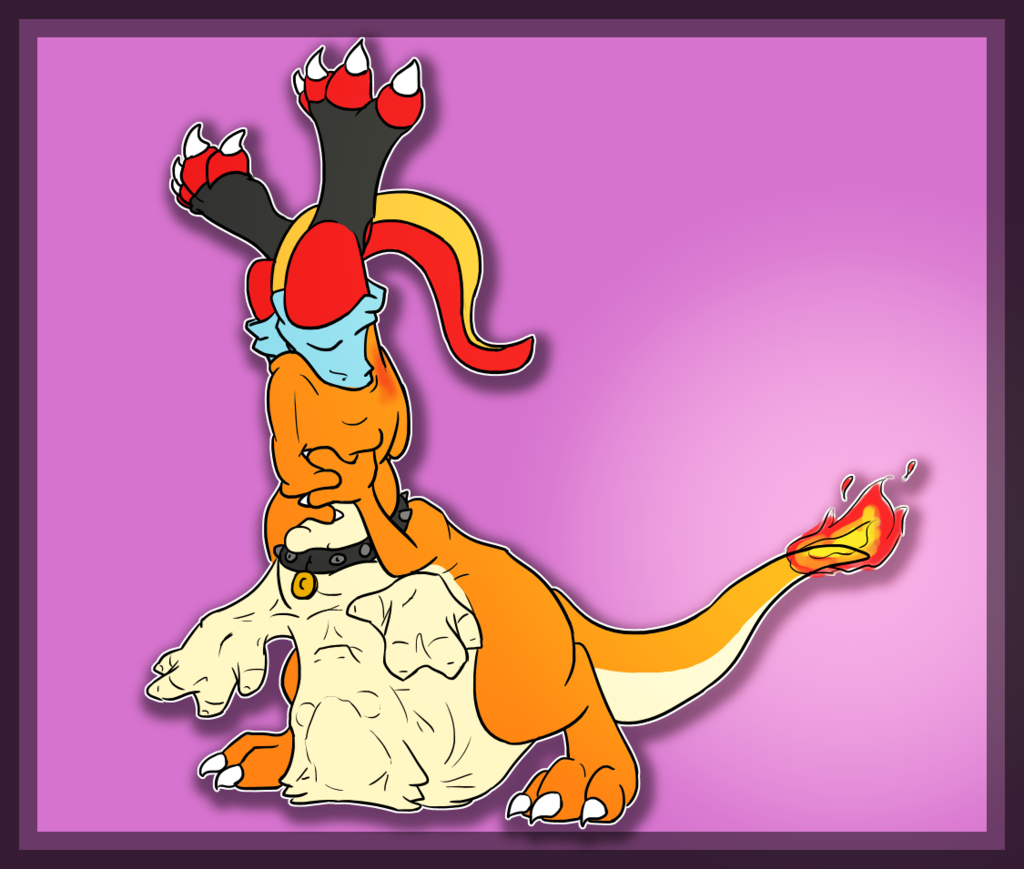 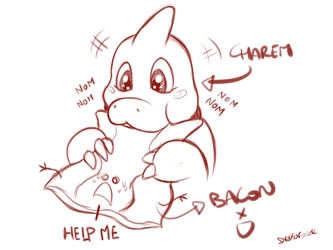 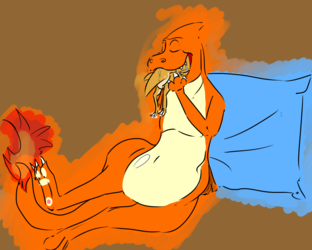 It's not the easiest to lift your head up high when you're eating some prey. Especially when that prey is as large as you are - or even bigger. It takes some pretty strong neck muscles to heave all that weight into the air above you...but then, if you DON'T have strong throat muscles, what're ya doing eating such large prey to begin with? :P

Drax the dragon was not exactly fat, but he was still a dragon: tough, strong, and heavier than you would expect. I had gotten lucky making a powerful lunge off my feet and glomping over his snout as I had. He struggled immediately, but I'm a tenacious sort, and slowly worked his upper half down my gullet. He pushed and squirmed, distending my neck, chest, and belly greatly - but my body was built for this treatment. 'Bend, don't break.'...it's why tree survive storms, and why I can enjoy such large snacks!

And, of course, I couldn't help but swing my head up head as my lips clutched against Drax's waist. All my drool pooled in the back of my mouth as I did so, the dragon somewhat marinating in the saliva and his flavorful taste becoming that much more defined within my jaws... I barely had to swallow now; gravity, and his own kicks and flails of his legs, was sending him down quite well. I could afford to relax, instead, rubbing my distended throat with my paws and blushing in bliss as I felt my belly grow heavier and heavier...

Mmm~ <3 This was drawn by   imperfectflame, and commissioned by   SlimeDragon1995, aka Drax. n..n Drax was very kind to purchase this; it seemed he was interested to go down the Char-jaws, and really, is that at all surprising? ;3 Flame was a great choice for this commission (I love that 'Bree, he's a wonderful guy!), and he really was able to capture what Drax arguably loves most about vore: the bulges! That dragon really loves stretchy predators, and I happen to fit that bill rather nicely at times. <3

You may notice I'm a bit more bottom heavy in this picture. No, not just from my meal. XD Just to vary things up slightly, I asked Flame to use my somewhat-unofficial 'raptor form' for this image. It's a subtly different form, that originally came about as a complete stylistic accident, where I have stronger legs and weaker arms, and basically have a much more solid center of balance. I like the build; I think it lends itself well to vore. <3 Plus, it's dino-esque, and dinosaurs are awesome.