[FLASH] Riolu Learns a Lesson About Gravity - by Hopfel by Charem 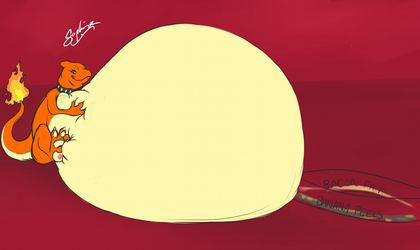 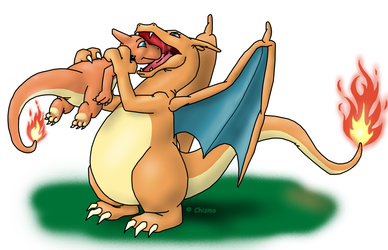 [FLASH] Riolu Learns a Lesson About Gravity - by Hopfel

It's never bad to learn more about science! Physics in particular is a very practical field, especially in the realm of learning about things like gravity, momentum, and velocity. A predator well-versed in such information can have quite a fun time - and show their prey quite clearly just how much they learned!

For instance? Given the weight of a Riolu, I know just how much momentum and at what angle I need to lob him up above myself so that I have time to open my maw and tilt my head up. I'm confident in the knowledge that the little Pokemon will also spin slightly, facing down head-first by the time gravity takes ahold of him again, and that the momentum of his fall will be not too slow, nor too fast. The perfect speed where he won't smack into my mouth painfully, but will have enough force to shove right down my relaxed and perfectly-positioned throat, with me needing to make barely a swallow.

Yes, I like my meals to go down nice and easy sometimes. I am quite a lazy Charmeleon after all...to the point that it would only make sense I would do my research so I can be lazy more effectively and efficiently! <3

This simply adorable animation was created by :iconhopfel:, on a day where he was literally making some free animations for people in a stream. He's a pretty nice guy, obviously! ^^ And surprisingly efficient at making these!

He even gave mine some color when I asked him if I could have the frames so I could color each individually and put it back together. He said that I'd be doing way too much work and that it would be much easier for him to color it within flash, so he did so. <3 Seriously, he's a cool dood.

Don't forget to play with the rewind button. XD It's fun to watch this in reverse.