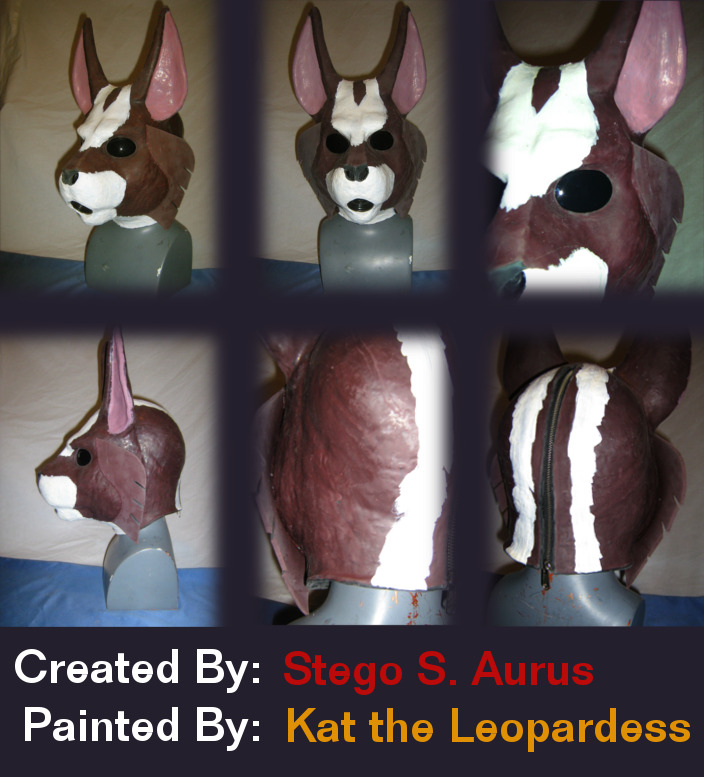 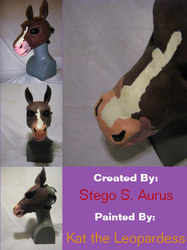 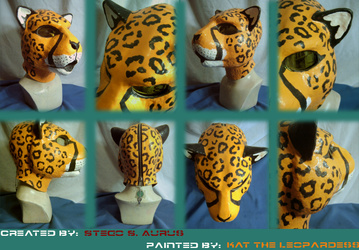 Here is something way different, out of a very vivid imagination. This is not either of our stock mask designs, Stego splicing 2 different mask designs together. Once the form was decided,

Strredwolf layered the desired color scheme atop it. For this character, the skunk strip starts between the eyes and has a specific line as it curves out from under each brow. A wig will be attached to this mask, as per the character, but I made sure my stripe was properly hugging the back of the head, on each side of the hood's zipper.

This mask would make an appearance at FC some many months later (but cant say I have seen photos as of yet.) with more plans for the rest of the costume.