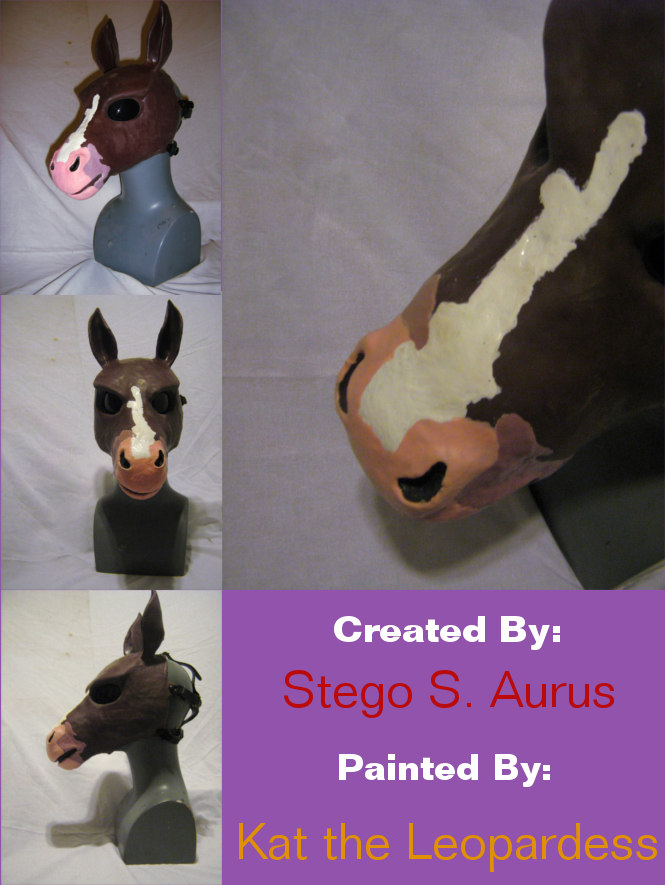 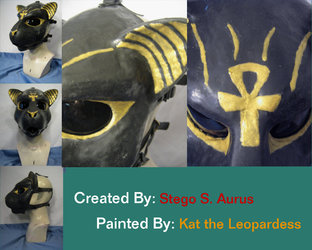 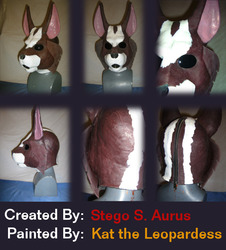 Whoops...this one somehow escaped the update queue. Very odd considering that this commission was another unforgettable one in every way. Created in 2012 as a second mask for Gaelle, I was presented with another pony character to bring to life.

For this commissioner's second design, a specific and stylized garment was to go with it and was being produced alongside the mask order. We had been given a swatch from the company making the garment and got the most accurate color match you could ask for. Just like the garment, we painted a white vertical shape (essentially, a blaze) down the nose. With just a bit of that natural asymmetry we used 2 shades of brownish-peach which created an interesting accent to the jawline. I was very nervous about the overall shapes doing anything that might give the horse a "lopsided" expression. Whatever worry I had was alleviated about a month ago when the first images of Gaelle surfaces of "Brownie", the next step in Gaelle's show pony journey.