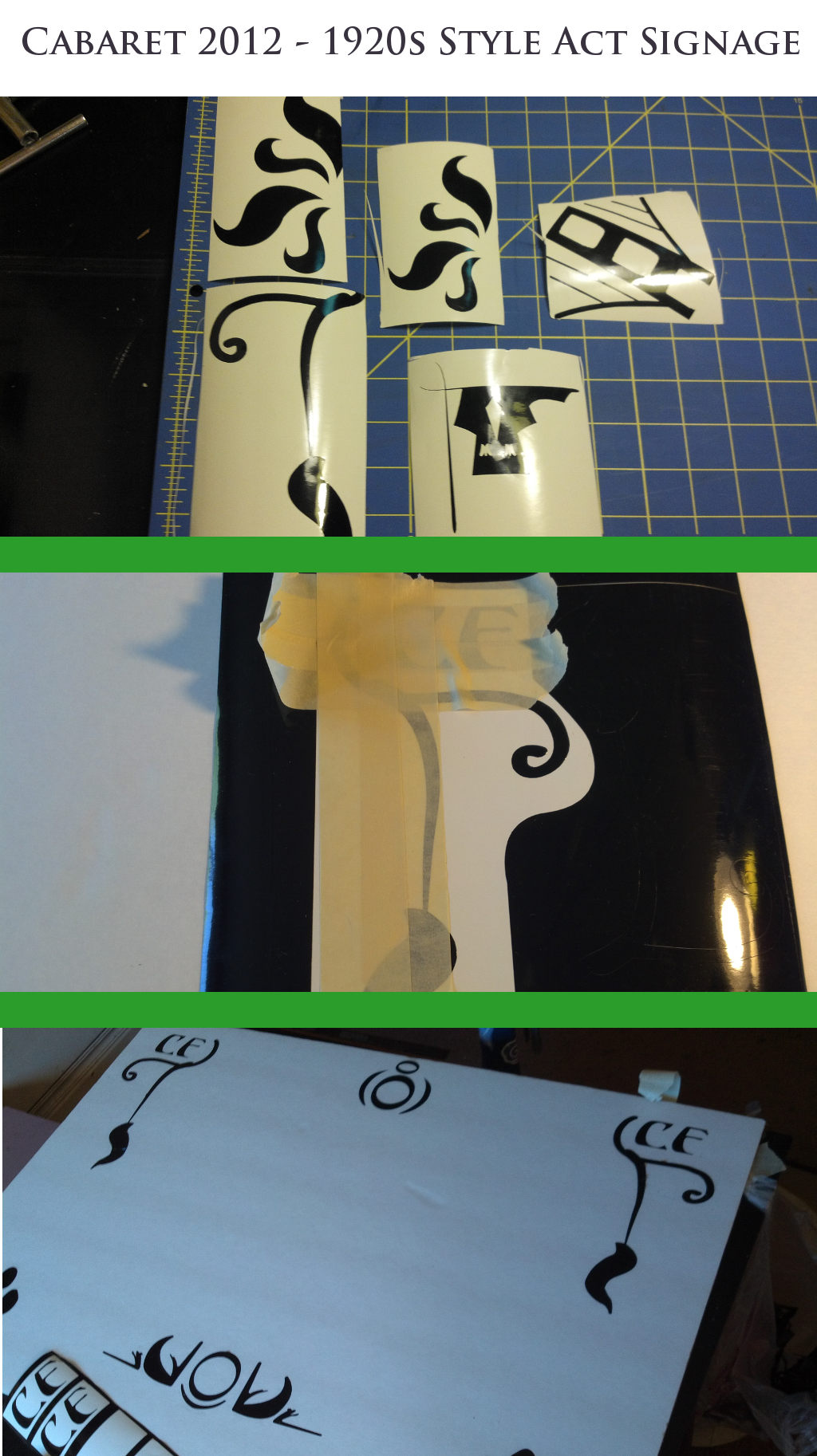 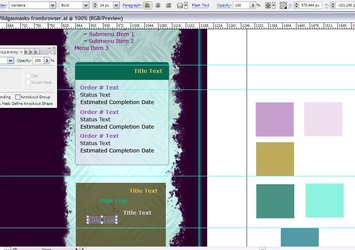 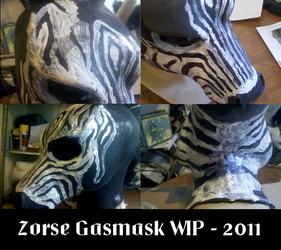 My first shot at working with laser-cut vinyl stickers happened back in 2012 for Califur's "Roaring 20's theme". By 2012, I had taken on more of a "behind the scenes" role when it came to Cabaret Fur le Dance. While working with our acts, I got the idea of going further into the era by creating these signs, which would be placed upon an easel, situated to the side of our event stage. *

The design process started with some vectors I created in Illustrator. After getting them back from laser cutting I put masking tape on the vinyl, sticky side down. This was used to lift the cut pieces out of the vinyl and to stick them onto the posterboard. The sticky side of the tape wasnt too sticky for the vinyl so I would just remove it from the vinyl after placement with little issue.

* While our MC, Zacharaiah, performed a segway between the acts I emerged from a side curtain and would change them out. I wore a custom created cigarette girl costume and hooked up an e-cig to a long cigarette holder. Such brief performances between the acts werent fully noticed by the audience but it was worth a shot.)