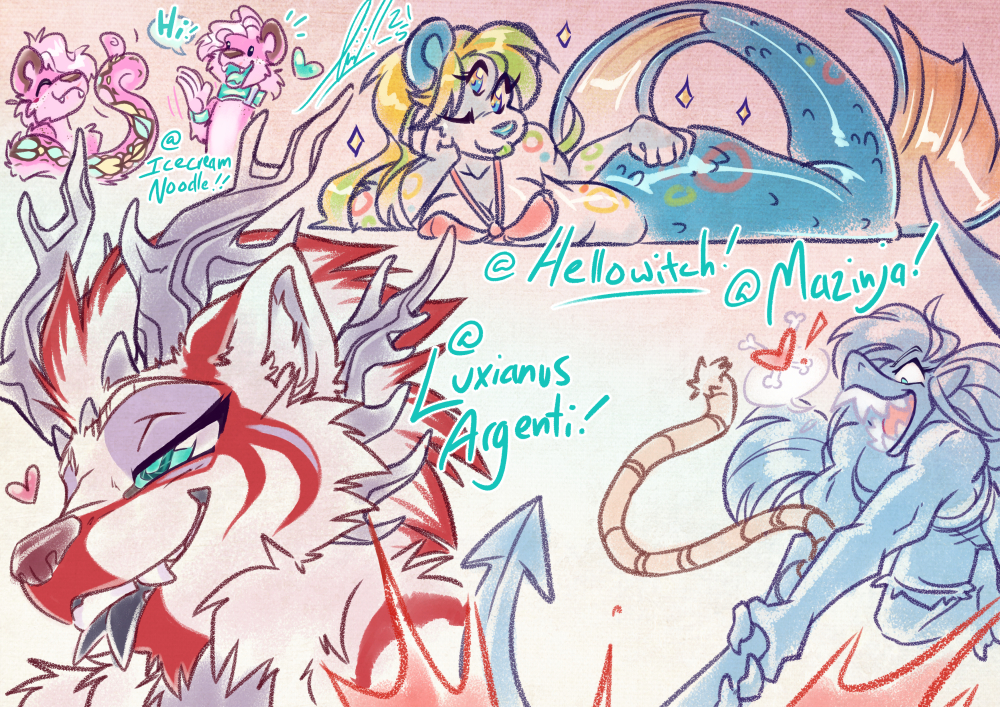 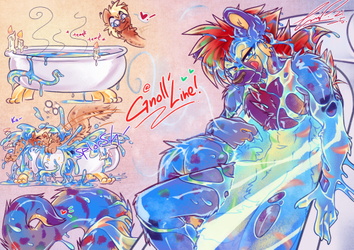 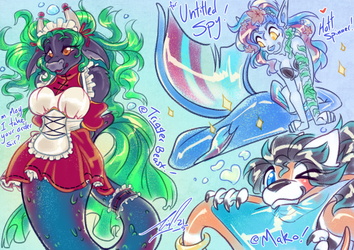 Ry: Ohhh my goodness yeah they are so pretty, and we don't get to see nearly enough characters with a third eye, it's super cool. (Also I only realized from looking at this picture that technically a three eyes character could wink would two eyes at once)

Ry: Such a long body, true to their tail and heck yes for tail thumbs up!!!

Luxanius Castus is eyes are super neat, looks like they have apeturing which is awesome
And Mazinja's Rio must hit like a truck if she weilds an achor as a weapon O.O