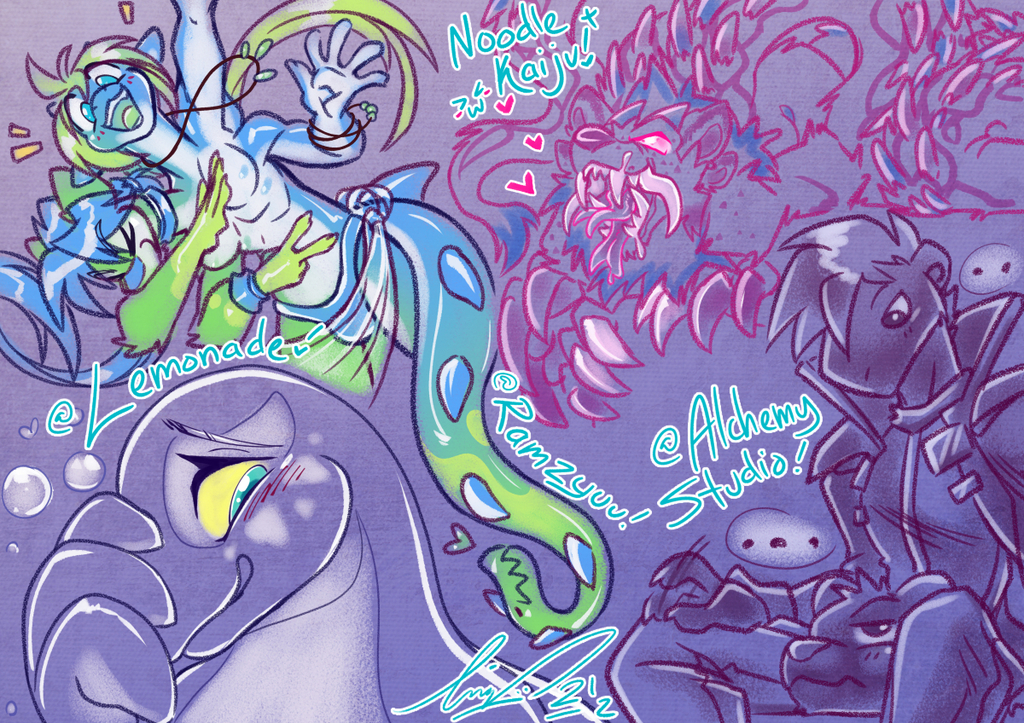 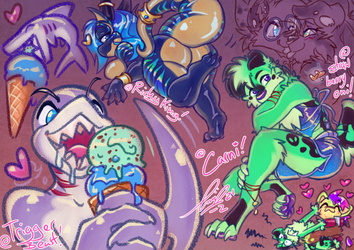 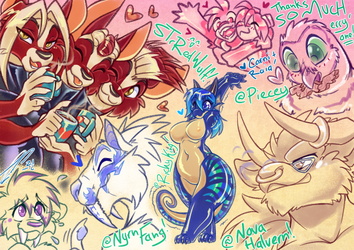 Carni: GOSH.
EVERYONE.
BAR NO-ONE
HAVE. SUCH. CUTE. CHARACTERS!? (SSS

Ry: Woah holy heck that is an awesome fusion of your two, adoring the limited pallet gradient between your blue and green and it's interesting to note the texture change from one side to the opther ^.=.^

Ry: Woah that is a lot of Teeth in that maw, not to mention all of the other spikey bits to their fusion, looks hella rad though

Ry: Awww they are so bashful and cute my goodness, lovely wudgey hand too ^-^

Ry: Oooo, from what I remember the head at their crotch is the original head and I believe sill has control of hte body, the top head is mostly inert unless I am rememebring incorrectly. But I still think it's neat having the head locations differently, makes me wonder how interactions would go and the passive differences in day to day life ('D