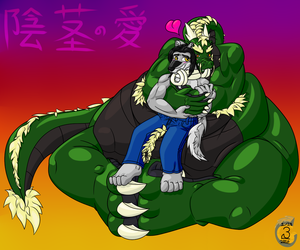 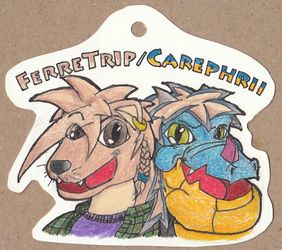 Recently, I just found out that, it's official, there are no animals in the Pokémon world...well, not anymore. They used to exist, at least, but nobody knows what happened. (The third movie was originally going to be about this.)

And yet the characters in the show and games never seem perturbed by this. I wondered why, and I thought that, perhaps, they have some sort of ritualistic way of doing things. Perhaps it is good manners to thank your prey for feeding you after you have captured it. And I suspect the prey knows that, someday, they likely would get eaten. And honestly, as the story points out, it's not that bad of a death. Certainly a whole lot better than what we do to each other.

It's a bit dark, but...just a bit of musing. Includes kissing because...well, you can't get any more intimate than one person eating the other. I also suspect the preds mostly aren't happy with this way of life, either. But at least they're killing for a reason: They need food.

Note, this is NOT supposed to be some anti-meat thing. I eat meat too, and I love it. (Though I have never had, and never will have, veal. That said, apparently, human meat is a lot like veal.) And I am assuming Pokémon do not cannibalize their own species. However, I am against trophy hunting and other senseless kinds of killing. If you're going to kill an animal, it should be to protect something or someone, to put them out of their misery, or to feed someone.

Basically, from a technical standpoint, I think the system works. It's just that you have to adopt a different perspective.