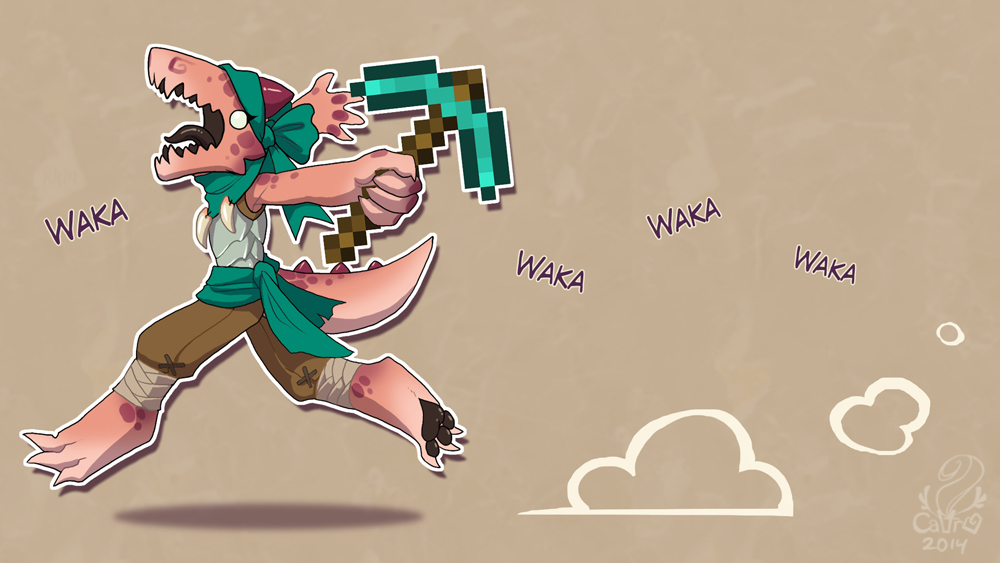 I have been playing in a Pathfinder game for the last few months as Key, https://www.weasyl.com/submission/359303/key-ref-wip
and my friend

has been playing Brick here, a long while back I said that I would do a coloured image of her, but never finished it til now.
Being as Brick was raised by dwarves in their mazes of caves and great knowledge of digging, a little in joke is that Brick uses a Diamond pickaxe, instead of a normal one.

The game itself is a great breath of fresh air, the DM is awesome, and actually has the game set up so it's goal is to be fun for the players.
I have played in many a game where the DM used the game as a way to supplement their ego. So here's to a fun game!