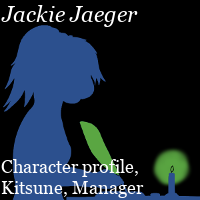 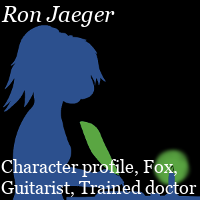 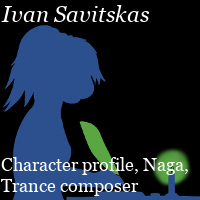 A manager at a bookseller, Jackie is as devoted to her family as she is to her job and her marriage. She believes that family is the main component of society, having come from a large family herself. A plump kitsune who possesses eight tails and powerful magical abilities, she has a friendly attitude about her, but is not immune to showing a judgemental side. She is also known to like her favourite foods just a little too much.

Just as with Ron’s profile, I made this profile all over again due to feeling that the previous version was of a deficient quality. There are details missing from the period of time in which she first met Ron due to wanting to avoid revealing too much before Iridium Roses is released.