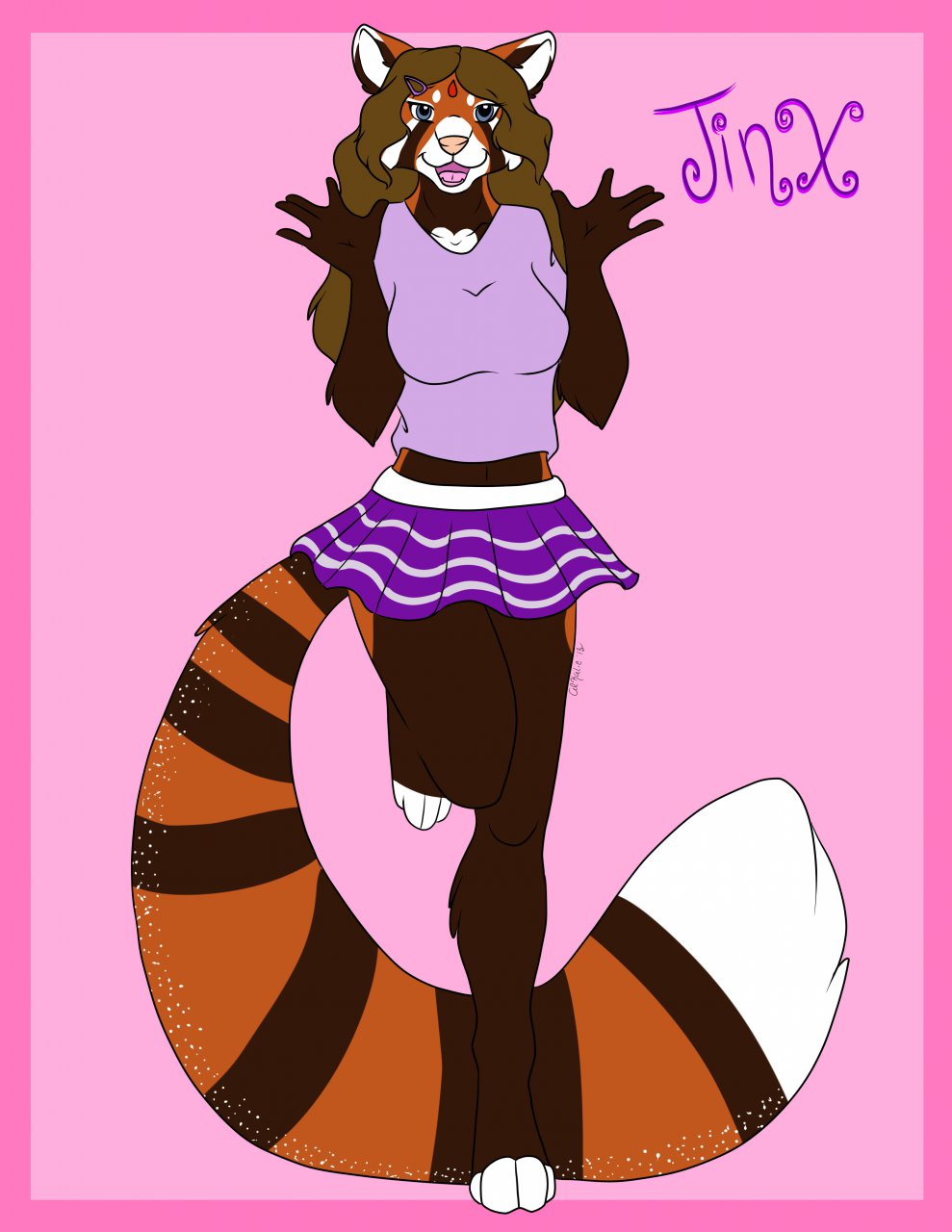 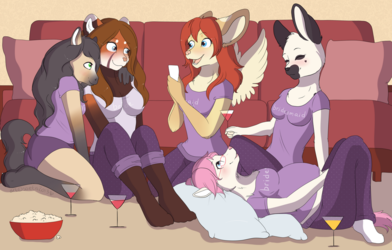 Seeds of the Rhythm (Alkalie)

Reposted with kind permission from Saetia of FurAffinity. :3

Elizabeth was excited to finally get the opportunity to visit Peter’s sister Zara again, with whom she had become very close friends. She’d only met her face to face on two occasions, first when she’d dropped in to visit him while she was there with him, and at their wedding, when they’d rapidly hit it off and exchanged social networking handles. Since then, they’d kept in touch through this means, but simply hadn’t been able to align their days off from their jobs. Zara enjoyed anime conventions too, but did not attend the same ones that she did, and unlike Elizabeth, she wasn’t so open about it, crossing out another potential chance at meeting. This time, however, they were both attending the same convention, and though Elizabeth had chosen to wait until the second day of the convention to put on her cosplay outfit, she was elated that her chance to share a convention with her had finally come.

Once Zara had seen her coming, Elizabeth rushed up to her and they caught each other in a hug, like two friends who hadn’t seen each other for a decade. Indeed, cosplaying was not the order of the day for Elizabeth. Instead, her interest lay with the dancing competition it was running, and she had spent whatever time she could get free practising her moves and constructing her routine. One of her favourite songs was to be the background music, and she could hardly wait to get started. When the tryouts came around, she rehearsed her routine again, and several of the other performers were quite impressed. However, she felt that she couldn’t compare with several more of the dancers, whose moves blew her and everyone in the room away. She expected not to win, but wanted to try it anyway.

Once the competition began, she was the fourth performer to be called onto the stage. It had seemed as though all of the best had gone before her, but she hoped there was a way she could still rival them, somehow, some way. Her heart racing, she stepped onto the stage, and once her song began to play, she launched into her routine, her audience immediately cheering enthusiastically, with a few creatures even singing along to the song’s lyrics. How would she proceed from this point? She put this question out of her mind as she lost herself to the music, letting her brain’s commands transfer to her body.

It took a while to think of an ideal story for this image, but I think this vignette fits, even though it’s not my magnum opus. ^^

Put together by Alkalie, we’ve got a shot of Jinx’s playful side here. Jazz hands might be a thing outside of dancing, but she chooses to put it to use through more practical means – wowing the crowd with her dancing. I hope I can do this myself someday, but I just haven’t had time to practise. ^^;