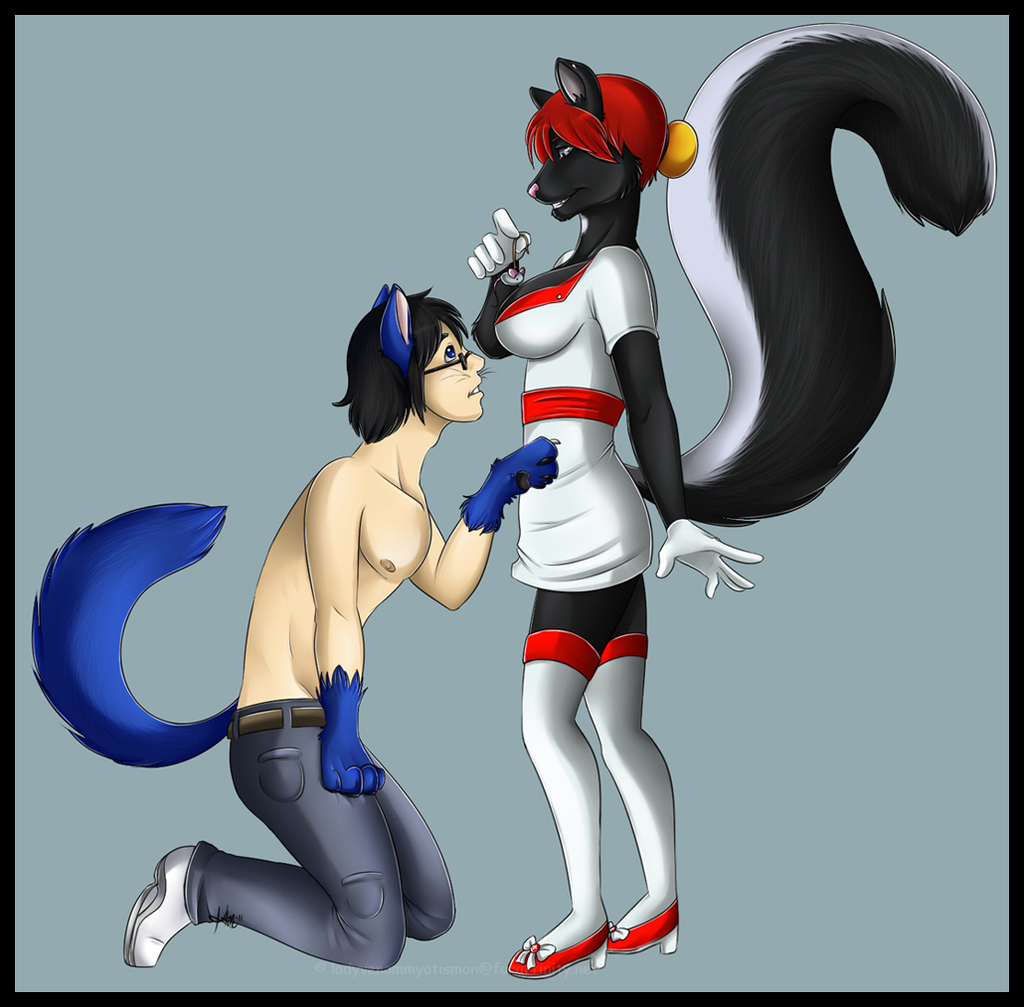 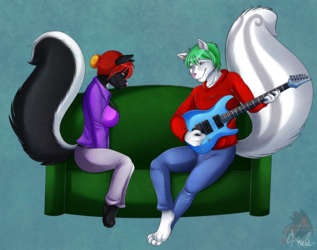 Wesley felt that sometimes, he was never far away from misfortune, or at least, that's how it felt. Reoku had once told him that he felt that nothing ever went well for him, but Wesley believed that he always got sick at the worst times. This time, he had gone to visit his grandparents with his father, and just two days after he'd arrived, he had come down with a cold, only it was not like one he'd ever had before, for he exhibited several symptoms different from the ones he'd known in South Triston. On his grandmother's advice, he'd gone to their GP's office, which had just recruited several new staff. And Wesley found himself awed by the sight of such a wide variety of species. Despite his cold, he found himself quickly rediscovering his love for North Triston that had formed in his first visit many years prior. Dspite species like his and those around him slowly becoming more accepted by South Triston's society society since the new regime was elected in 2009, it was a far cry from what he saw around him. He saw no sign of hostility based only on species, and despite the scandal that had surrounded his father's political career, he felt right at home in the country. He wondered how Nancy would take to North Triston, but he had no more time to think it over, for his name was next to be called - and he was awestruck by the nurse he saw.

"Mr Parry," said the nurse, who peeped her head around her office's door, "you're next." Without a word, he made his way to her office. And when he got in the chair next to her desk, he could scarcely believe his eyes. In front of him was a shapely skunk in what had to be the most skimpy nurse's outfit he had ever seen. He wasn't sure what to do for a long moment, until she addressed him in the most formal way it seemed possible. Is this really the Nurse Darke I'm booked in to see? he thought. What's going on here?

"Since I got to North Triston," he began, "I've found myself coming down with a cold of some kind. Only, it's different somehow."

"Yeah. Not only do I always feel tired, but I'm finding my feline instincts have been on the blink. And normally, they're unaffected. My appetite's going, and I'm getting a lot more nasal discharge than usual."

"Hm," pondered the nurse, "it sounds like it might be cat flu." Oh, great. thought Wesley, his heart sinking. I must have caught it from my grandfather. But then, Wesley noticed that she brushed one of her claws along what was visible of her breasts, with a hungry glance his way. "You're the third case I've seen today. But before I give you your prescription, there's a little test I want to do."

"What's that?" he asked, a tingle of trepidation working its way through him. She grinned, and then he immediately felt his nose beginning to twitch. Despite his reduced sense of smell, he realized he could smell the one thing he could always count on to trigger his instincts. Dangling from the Nurse's gloved hand paw was a cat toy resembling a tiny mouse, and it was evidently filled with catnip. And before he could do anything more, he uncontrollably rose from the chair, his nose following the catnip toy.

"There's a good kitty." grinned the Nurse. "Your instincts seem to be in good order."

"That's...good to know." replied Wesley nervously, afraid to reach for it in case he ended up touching her breasts. Was she trying to entice him into doing just that? He feared there was something she was not telling him - that she simply wanted him all to herself.

"I knew you'd like that, kitty." cooed the Nurse, and with that, she pulled him towards her so that he was separated from her breasts by only his whiskers. This day was turning more and more bizarre by the moment, and Wesley sensed that there might be a hidden danger to her. But what was it? Her facial expression revealed desire, but not of the kind he felt. All he wanted was the catnip. But she seemed to want more than that.

"Now, your prescription. This will be...plenty of bed rest, lots of milk, and make sure you have some pillows handy." She finished with a wink, with Wesley remaining still, completely unsure what to do. How could he ever get out of this?

Introducing elements from Wesley's redone backstory, this is the second of the three images I bought from LadyVenomMyotismon a number of years ago. Sharp's military and medical training has taught her a lot, and one of those things is that she can manipulate any feline's instincts just with a little catnip. ;3