I mostly use Eka's portal and FA but will still upload all my stuff here as well. 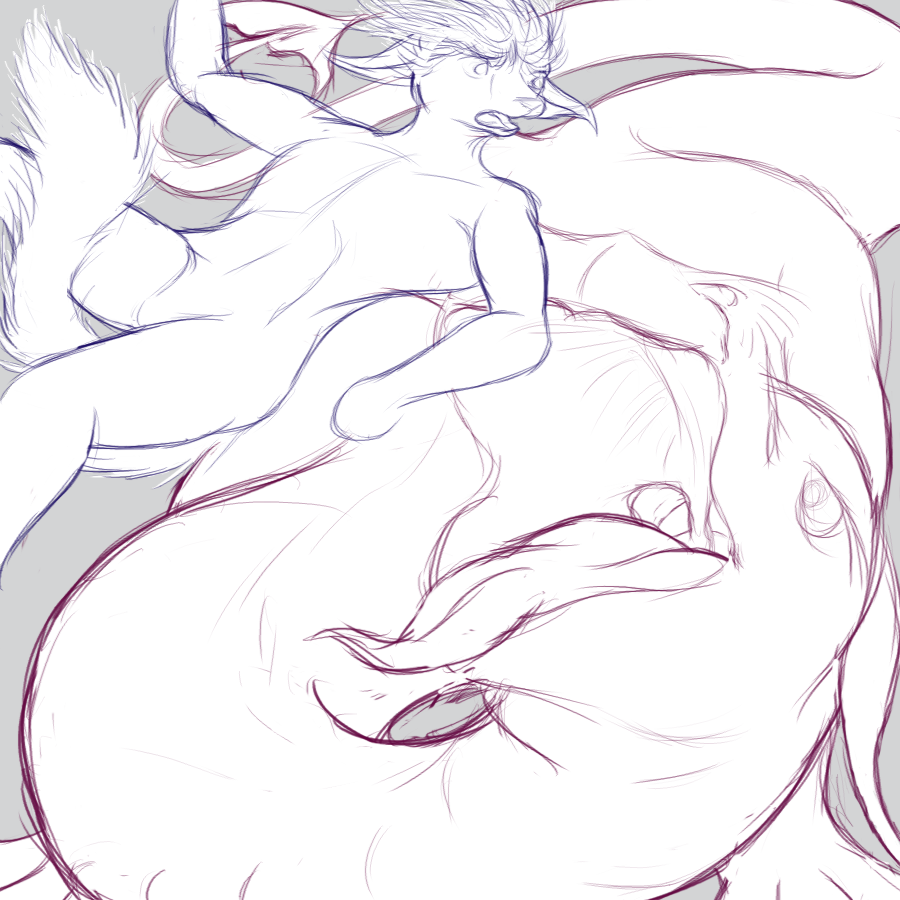 A Brief Summary of Hunting Law

Hunting hours is mentioned in several of my stories so I decided to create a brief explanation of how it works. The actual laws are more complex and written in garbled legalese but this explains some of the basics. This will probably get updated quite frequently as I think of more things that need explaining.

The starting concept is hunting hours. Hunting hours is a set time during which it is predation is legal in public spaces. Hunting hours usually lasts from 10 pm to 4 am, although a few places have slightly different times for this.

During hunting hours it is legal to claim people as prey as long as they are in a public place (including the streets, parks, and government buildings, although some exceptions apply to hospitals) and you can subdue them. It is definitely not legal to break into a private property to do this. Even if the prey invites a predator into their home, they are still protected.

Inversely, it is always legal for a predator to eat, or imprison to be eaten or sold later, anyone who enters their home. Basically, in public predation is allowed anywhere between 10 pm and 4 am while in a private building the owner has the final say over who can eat who. Certain legal contracts can override this allowing, for instance, a rabbit to work as an electrician and safely enter a predator’s house in order to do their job.

Likewise the legality of eating someone while in a shop is determined by the owner of the shop. Most businesses will ban their customers from eating each other, but not all. Some may choose to allow predation during hunting hours while others (that don’t care if prey species never come in) may permit it at any time but this is pretty rare.

There are some slightly more complex laws regarding prey renting a house from a predator, or a predator renting from prey. Without getting into the full details both the owner of the house and the tenant would be safe from being eaten by the other.

Once someone has been claimed as prey they are usually eaten straight away to remove the risk of them escaping but they can also be kept prisoner, either to be sold at a later point or simply until their captor feels hungry.

As a prisoner, prey have very few rights but that is not the same as none at all. They are permitted to try to escape from their captors and, should they succeed, any harm to the predator or damage to his/her property will be considered to have been inflicted in self-defense.

They also cannot be held to any contract or agreement. It is illegal for predators to attempt to extract payment of any kind from their prey, or even accept payment if it is offered. This rule isn't exactly very popular with prey who have been caught, as it prevents them from being able to bribe their captor but its introduction did lead to a massive decrease corruption.

Predators can accept payment from a third party in exchange for their prey and there are several restaurants that specialize in buying caught prey to serve to their customers. They can, of course, also accept payment from a friend of their captive in exchange from releasing them, although any agreement that the prey may have to pay their friend back for the rescue would not be legally enforceable.

Interfering with someone else's catch is a bit of a gray area. Taking someone's prey with intent to eat or sell them would be considered stealing, but helping a friend to escape is allowed.