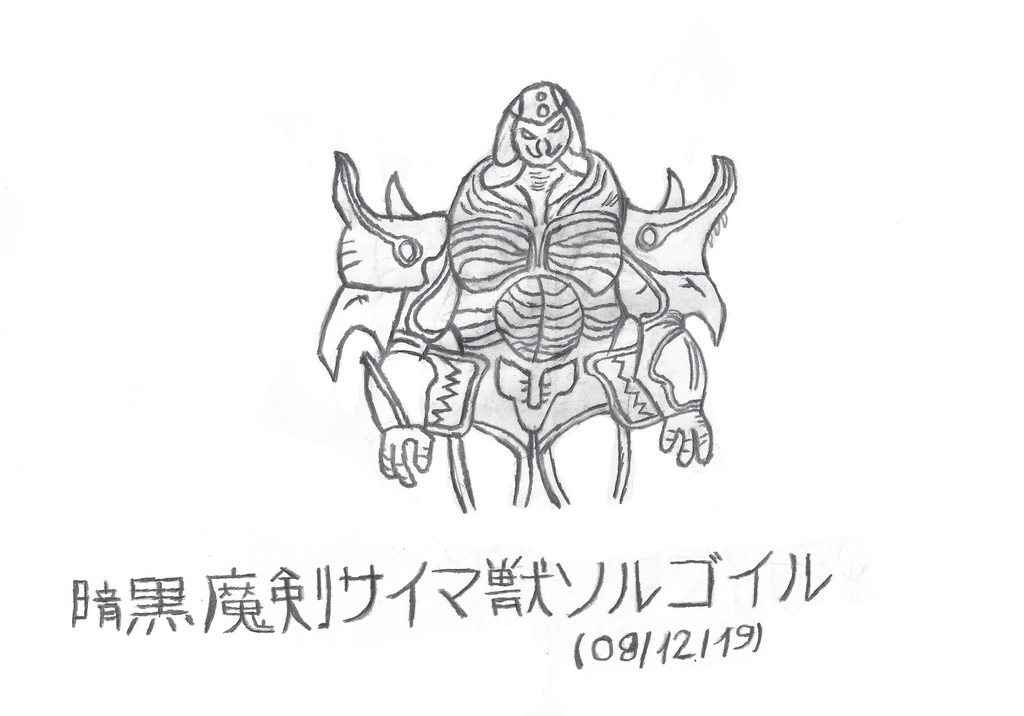 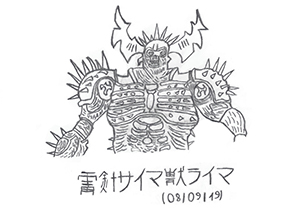 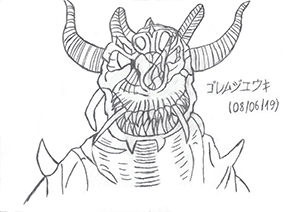 Well, I never get tired of worshiping my giants Psyma Beasts, here goes another demon that I love deeply; meet Solgoil or also known in the west as Fireor.

Solgoil is a demon who was brought back to life by Spell-Master Pierre and is a subordinate of the Infant Demon Drop in the Kyuukyuu Sentai GoGoV series.
Solgoil, just like its appearance, has a personality similar to that of a samurai warrior. He is totally loyal to his master Drop and does anything to fulfill his master's wishes. Solgoil is also a highly brutal, aggressive, wrathful and ruthless demon, he spares no effort to destroy the GoGoV.
His skills include:
1. Super Strength;
2. Batling Summoning: Has the ability to summon a small army of Batling demons;
3. Teleportation: He can move from one place to another instantly;
4. Energy Force: Can create an energy barrier with his power;
5. Fire Breath: May spit fire through the mouth;
6. Power Of The Sun: He has the ability to control and manipulate the power of the Sun, so he can shoot large fireballs that descend from the sky like meteors, insanely raise the temperature of an environment creating a kind of greenhouse, create fire rings and create bursts of rapid explosions.

Just like my other drawings, it is not as good as I would like, but I am happy with the result I got in this drawing!