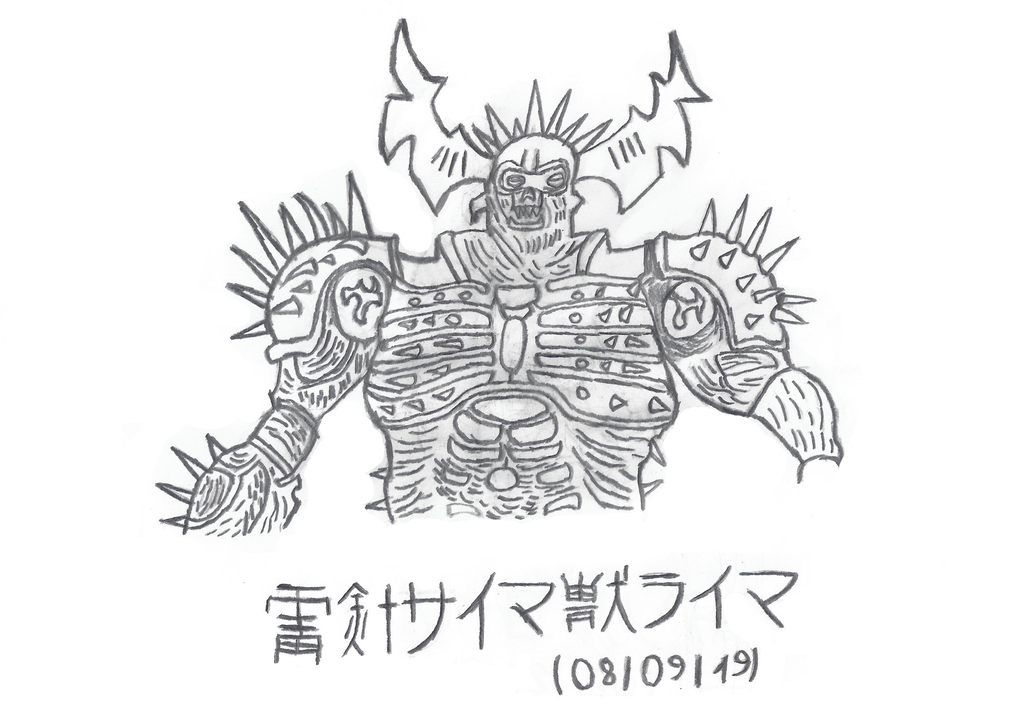 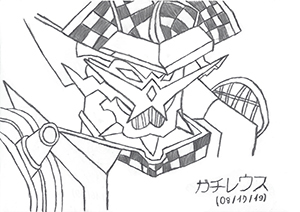 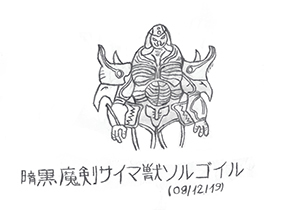 Continuing with my private army of Psyma Beasts, I want to introduce you to Raima or also known in the west as Strikning. Raima, is one of my favorite monsters or demon of the Japanese series Kyuukyuu Sentai GoGoV.

Raima is an incredibly powerful monster that has the ability to shoot spikes and attract lightning storms with the spikes that come out of his body, he loves to bring destruction and death by throwing his spikes into buildings and causing them to be destroyed by lightnings.
Raima just like your other companions, he is tremendously arrogant, gross and sadistic! Their fighting style is highly unpredictable, almost eliminating GoGoV.
Your skills include:
1. Super strength;
2. Spike Burst: Ability to shoot multiple spikes at their enemies and destroy them with lightning;
3. Teleportation: It can move from place to place in a snap.

I tried to do my best in this drawing, but it was very inharmonious and with poor visual features.
Anyway, I hope you can love it!