Charlotte Burton gets her goat by Balina 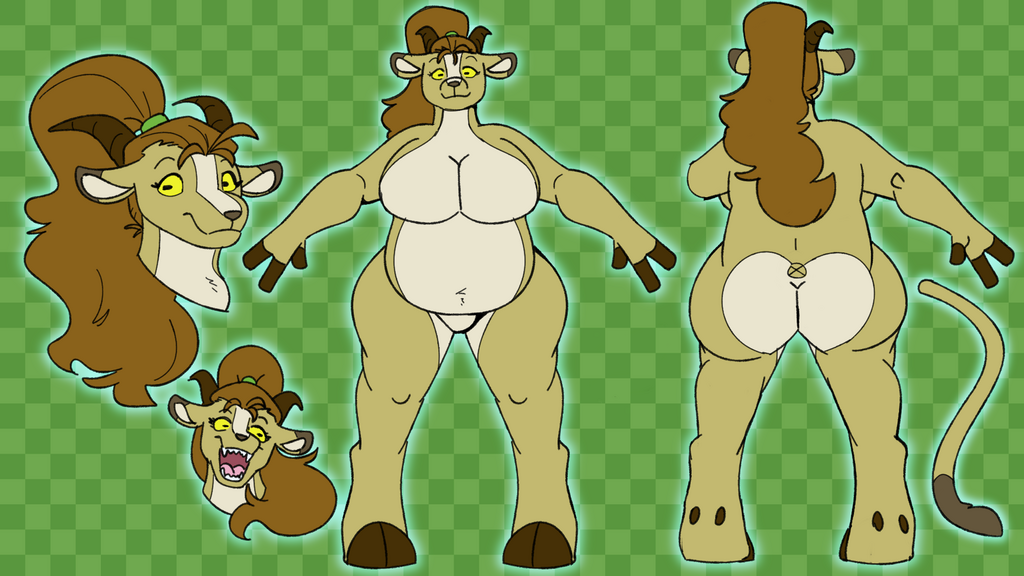 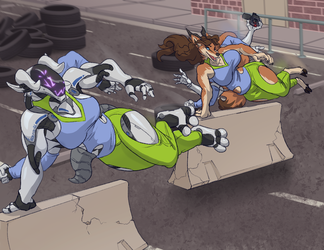 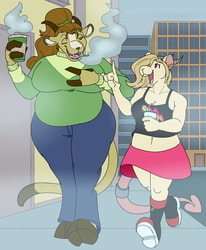 Charlotte Burton gets her goat

Well, this is awkward. Coming down with even a severe case of Stephanie generally only lasts about as long as it remains dramatically appropriate, usually clearing up in less than 24 hours. It lasted longer on Dahlia, obviously, but things always last longer on her. The fact that it's been months since the incident and Charlotte's sitll at least half goat by volume is an unusual outlier.

It's not the first time it's ever happened, to be fair. At least one person has held onto a severe case of Stephanie for well over a year now, with no real signs of stopping.

Then again, maybe it's no different here. "Desphanie" has shown every sign of being delighted with the makeover, and Charlotte has yet to actually complain (aside from a few joking remarks about a minor loss of dexterity afforded by goatier hooves), and anyone who works with her has reported that she's been considerably more outgoing and visibly happier in her daily life. Nobody really knows how exactly the Stephanie phenomena works, but it's tempting to believe that it's likely to hang around in a person who welcomes and enjoys its presence.

Behind the curtain, splicing some goat into Charlotte (and, yes, giving her some cute horns) was the actual intent of the comic at all, though actually contriving a way to get there was a whole lot of fun. Like everything else these last couple of years, it's stalled a little bit as I keep saying I want to iterate on Charlotte a little more to find where she's really going to stick, but it seemed appropriate to have Stephanie set a baseline before making further adjustments. She's really good, is the thing.