Balina and Falai get into a good book by Balina 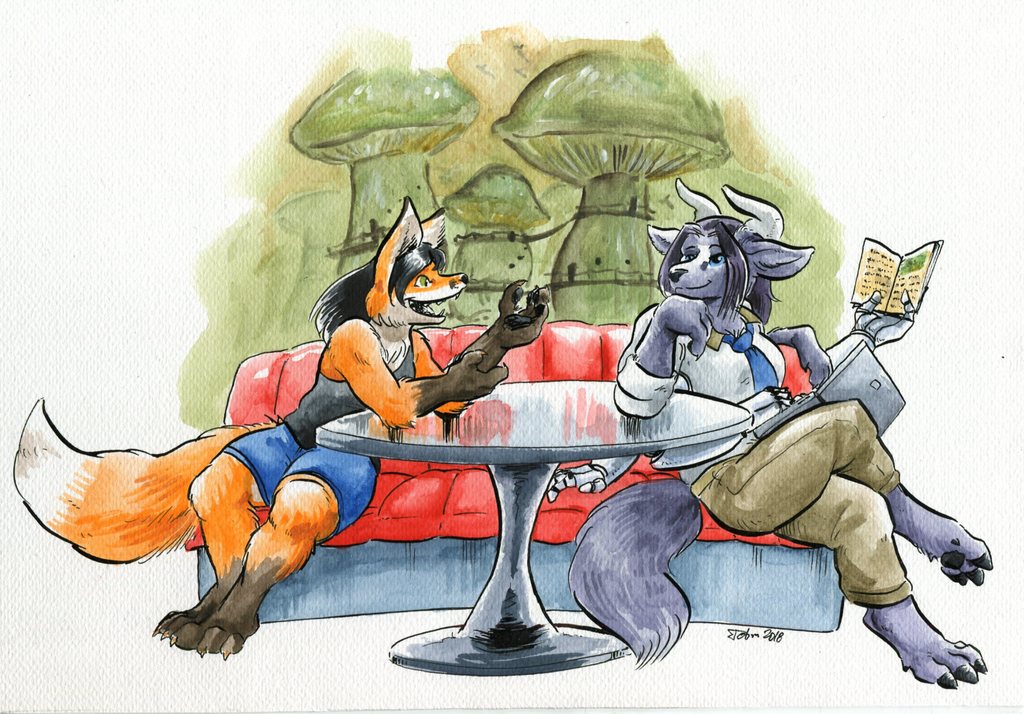 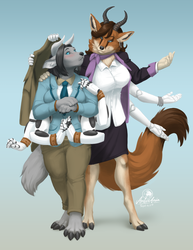 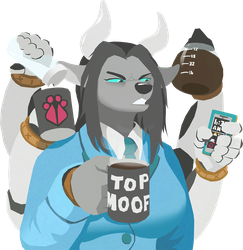 Balina and Falai get into a good book

When one has the means to stumble through the partitions between realities, it is always a surprise to be reminded that other civilizations may have figured out how to do the same thing, even moreso when they possess ways to do it that are so wildly different than our own.

BTI encountered Falai in an otherwise unremarkable expedition to yet another uncharted reality. She was easily picked out of a crowd (Balina's own notes would refer to it as "doing the tourist thing"), and approached once it was determined it would be safe to do so. After the two spent approximately twenty-three minutes talking in circles and avoiding directly admitting neither were from the local reality, Falai agreed to come back to BTI for a more comfortable interview.

The methods and technology used in BTI (and similar labs worldwide) rely on brute force. It's room-filling, inefficient, and requires invoking high-energy states to trick reality into forgetting where a particular region of spacetime is located. It looks and sounds like nonsense to just about everyone who isn't very specifically educated in an obtuse school of physics and engineering.

By contrast, Falai's methods rely entirely on devices that could be mistaken for ordinary hardbound books. While possessing obvious drawbacks, in that each book only leads to a single location, they do not appear to need any form of external power source, and are carried as easy as any other book. No monitoring labs are required, nor is there the need for someone to stay behind and open the way back in case the excursionist cannot trigger the return connection directly. Just one woman with a satchel and a book that goes back home. Compared to local cross-reality technology, it feels borderline romantic.

The seemingly total lack of functional metaphysics in our reality means that methods like Falai's aren't precisely feasible for BTI use, and Balina's interest is more rooted in hearing stories of distant places, loving details about the tiny touches that go into making the books, and the contagious joy of listening to someone who is so eager to share something cool she's passionate about. The same reasons anyone wants to read a book, really.

The idea of combining the two methods together was raised, but ultimately discarded. Beyond the fact that Falai finds, rather than authors the books herself, leaving her without spares to give away (let alone to someone she just met), and the requirement of using a compatible reality as a "staging area", combining BTI and linking books together poses more risks than either do on their own. The threat of such a book simply losing its functionality as it adapts to local rules of reality would be terrifying to a BTI excursionist, though from conversations it's clear that voyages through these linking books either does not cause an adaptation period, or it takes far longer than it does through currently-available means.

Falai's methods may seem familiar. There was a time when stories just like this managed to prompt an entire computer generation to spontaneously upgrade just for the capability to experience them. Balina herself has fond memories of having a table set out with a notebook and a quintet of CDs that she would swap between over the course of an afternoon. Such coincidences are more common than one might think; the idea that these notions slip between realities to enter the minds of eager authors is appealing, but would be a disservice to those authors' own imaginations and skills. Still, when someone is eagerly talking about magical inks and schools of calligraphic notation and adventures jumping through the pages of something written by a people long gone, it can become very difficult to avoid falling into (literal) magical thinking and nostalgia.

Our minds are prone to flights of fancy such as these, of making connections that aren't there, and finding compelling but groundless explanations for things we've experienced; it's suspected that developing the capacity and propensity for these sorts of metaphors, of telling stories to explain the world around us, is one of the baseline requirements for a species to develop into something civilized. Fiction is often stranger than truth, but truth is built on strange foundations.

This was a gift last year, just after Moofember, with no further explanation given than "this felt like a fun way to illustrate a conversation we had about similarities between what our OCs do."

I met Chess in a Picarto stream a few years back, and we've kept in touch through one social media tool or another since then. Somehow, Chess has stuck around (and shown ridiculous, borderline ludicrous patience with my flaky self), and seems to endlessly have weird and fun ideas they want to inflict upon me. Occasionally some of those ideas leak into other Balinological concept, but most end up being outlandish escapes from the whatever else it is I need to step away from.