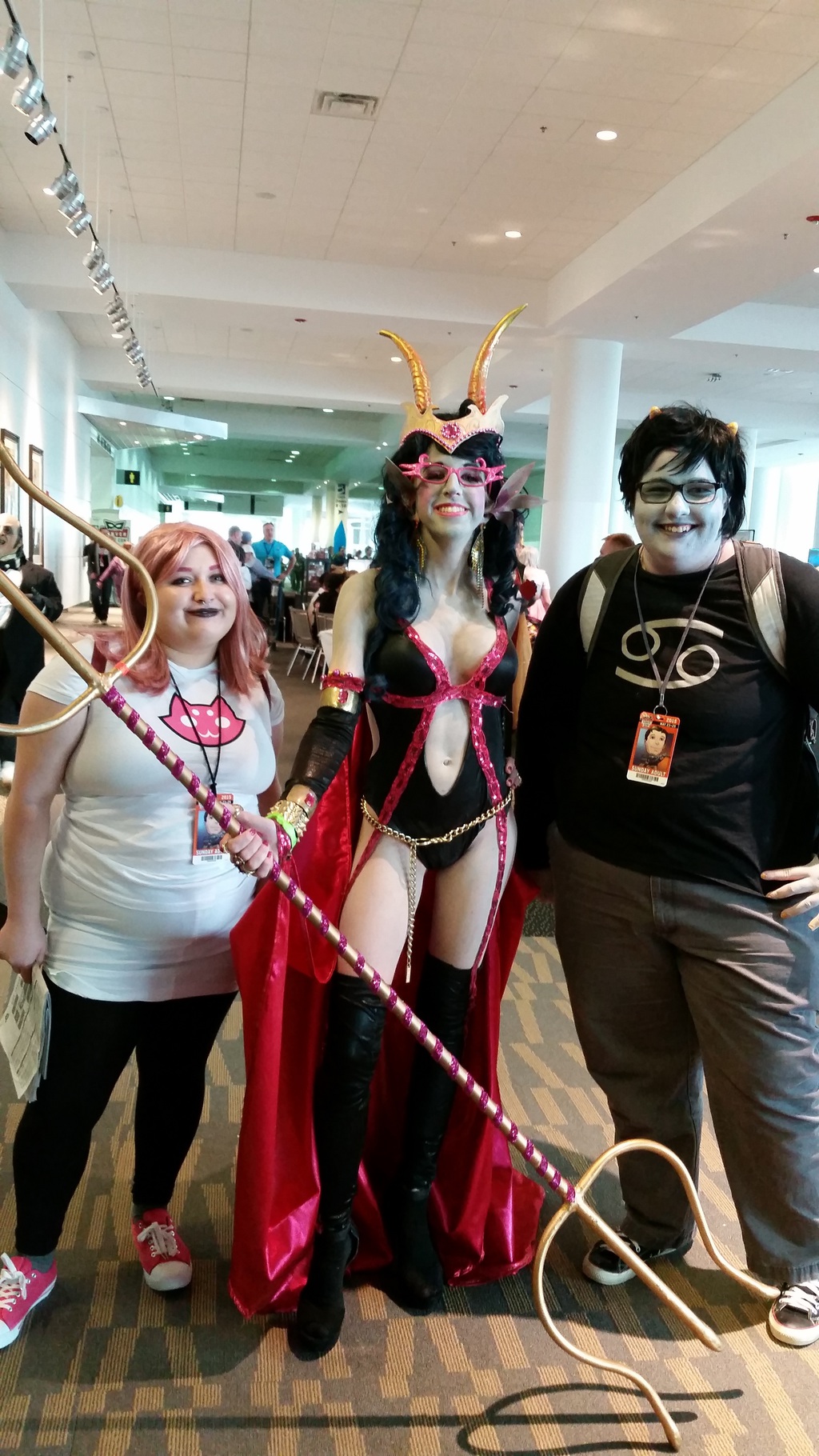 My bff Hue's birthday was this month, so for his birthday, his mom bought him, myself, and two of our mutual friends tickets for a day at Denver Comic Con this year :D It was fragging awesome! I took soooo many photos of sooooo many cosplayers who did just some seriously amazing jobs, but my photos do not cover all the incredible cosplays there were - there were so many that I missed because the people cosplaying were busy or our small crew was headed to a panel, etc.

It was quite adorable; Hue and Chase (who both did Homestuck cosplays; Kayla was Pearl from SU :D) would nod or wave at pretty much all the fellow Homestuck cosplayers, and towards the end of the con there was a big Homestuck meet up and photoshoot~ I'm not into Homestuck, so I know so very little about the fandom beyond what my friends tell me, but I do know that Hue (far right) is cosplaying as Karkat (that's how it's spelled right? o.o) and I believe Chase (far left) cosplayed...Rose was it (I'm the worst -_-)? I'm sure that he will find this pic and inform me as to who the lovely person in the middle is cosplaying~

I don't know who the other cosplayer featured here is, but if you're them or happen to know where in the wide world web I can find them, please let me know so I can link to their profiles to whatever wherever c:

You can find Hue by his username HueKazoo on several websites, but here's his twitter 'n' tumblr :D
https://twitter.com/flapjackasshole
http://huekazoo.tumblr.com/

You can find Chase mainly on her tumblr~
http://gaylienz.tumblr.com/