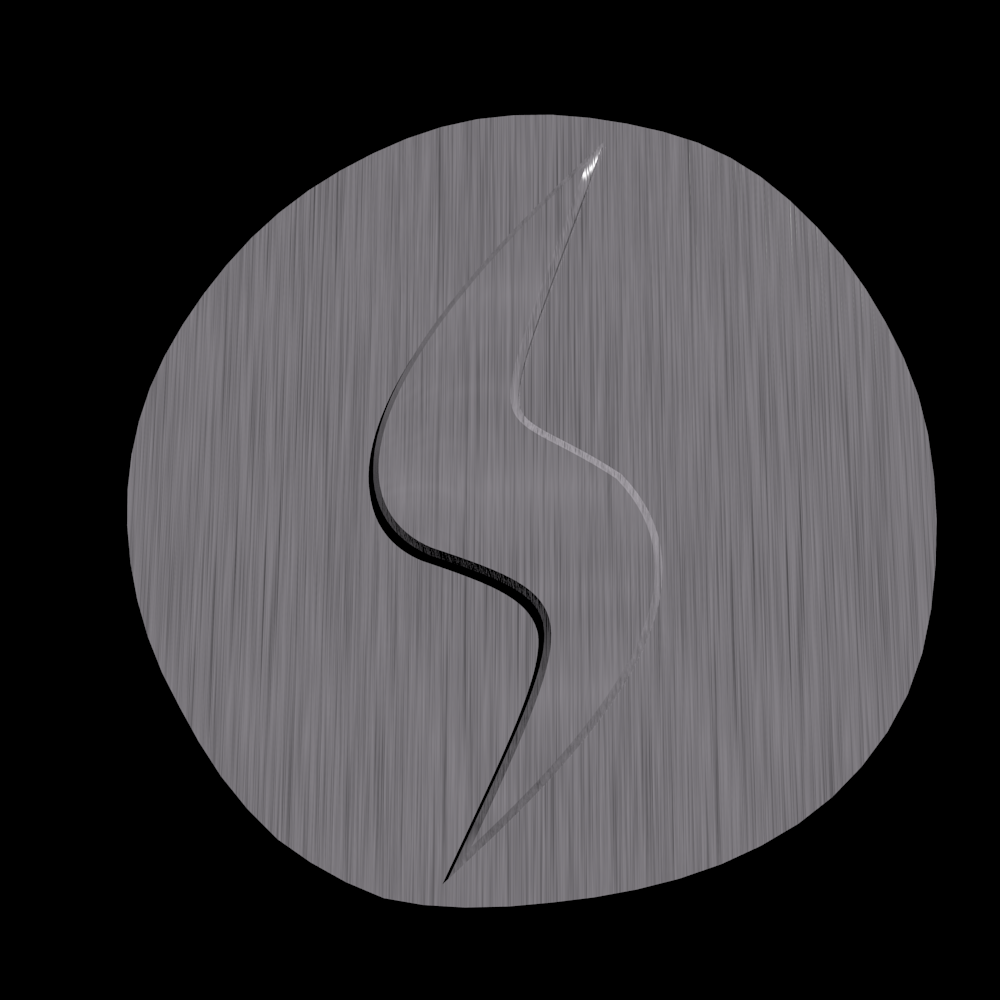 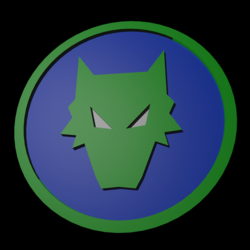 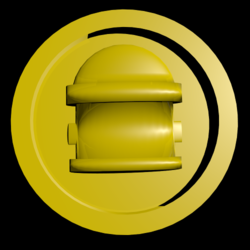 Here's a medallion based upon the tag for fawkssilvarin's superhero character, Spirit Force.

I worked on this on and off during work last night, so I'm guestimating when I say this took me about 3 hours to do. As simple as the design may be on paper, this proved to be a new challenge for me to render this in 3D. I had to learn how to model with Bézier curves for the first time for the stylized S. I even used the proportional editing tool to pull vertices around evenly when deforming the circle to match the shape of the tag in a referernce sheet. Then I learned how to merge two objects together into one. (The S was designed separately from the disc it rests upon.) Also, I had to relearn how to make advanced textures for materials. I managed to work a decent brushed metal texture for the medallion. All in all, this was a good learning experience for me.

I used this reference for modelling the medallion.

In the future, I'd like to attempt to model this attached to Spirit Force's/Fawks Silvarin's collar. =)