Most recent: Here I come to save the daaaaay 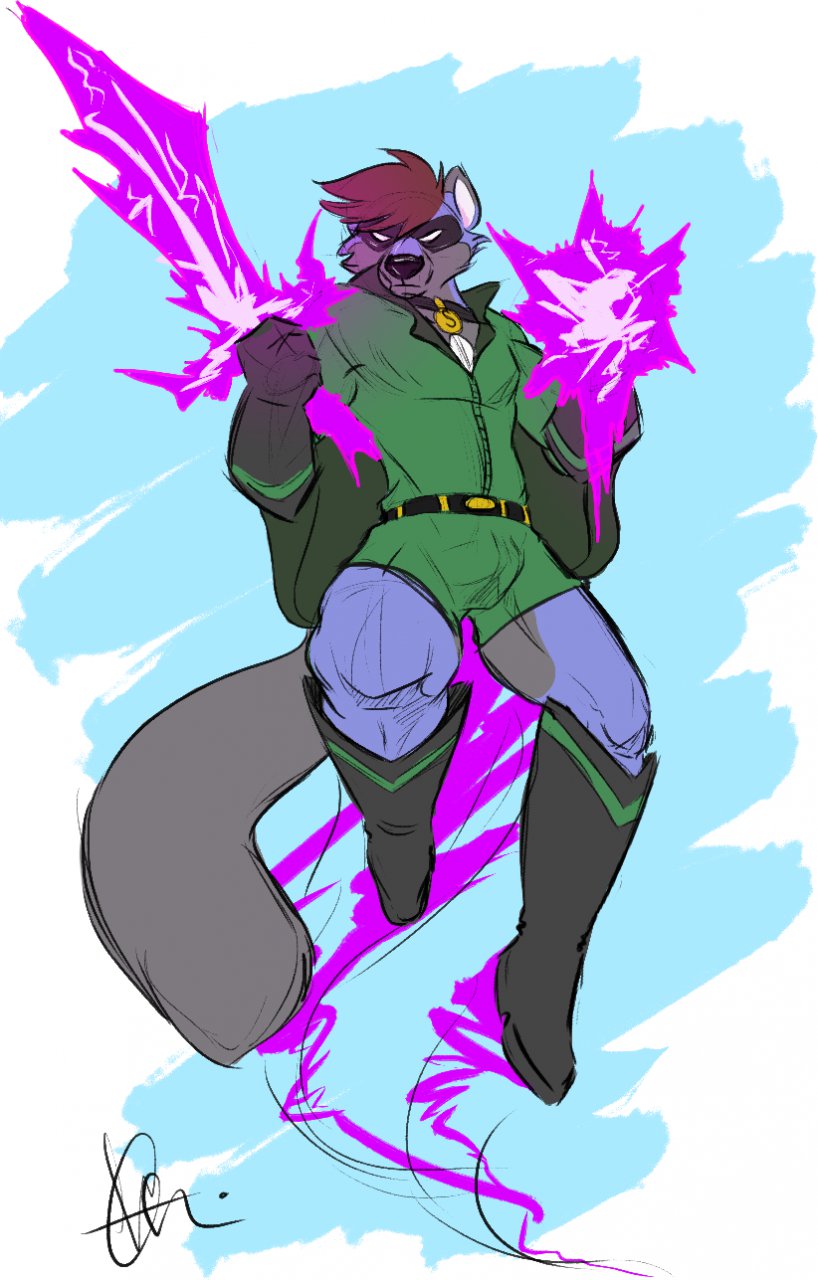 Getting to know you meme?

I saw some folk doing this, so I thought I would introduce myself the same way! Also, I'm probably gonna be flooding this place soon with past art cause I have nothing else to really post right now. New pics and fursuit pictures soon to come. Hopefully. x3

What's your orientation?
I'm quite gay, but not in your face gay. People still think I'm straight in person. XD

Are you single, taken or undecided?
I've had a boyfriend technically since 2009

What do you do in your spare time?
When the mood strikes I draw or write. Otherwise I watch shows, play games and hang out with friends.

What's your job or occupation?
I currently work at a restaurant and musical review. I normally work in the background with anything involving money, but I also get on stage to sing from time to time. x3

What do you like about yourself?
Hmmmm... Never thought about that. I have a pretty decent sense of humor. I can be emotional, but I'm a pretty level headed guy and easy to get along with once you know my sarcasm. :P

What do you dislike about yourself?
I can be be vain at times. I also hate my lack of motivation. There are so many things I could be better at, but I just don't care enough.

What did your friends notice about you when they first met you?
Not too sure. Probably thought I was snarky and dorky.

What is your belief/religion if you believe in anything at all?
I believe that there is some kind of driving force out there. Whether it be fate or luck or some crazy powerful being is your call. Just don't force it on others. Live and let live.

Do you drink?
Sometimes! I mainly drink hard ciders and girly drinks. Though I have tried some beers and ales that were alright. I never drink to get drunk though.

Do you smoke?
Never have and never plan to.

What are your major fears?
Being alone. Losing loved ones. Being gravely injured and losing my independence. Not reaching the goals I have.

Do you have any dreams or goals?
I've never had any real goals aside from getting things I want and enjoying life the best I can. Traveling is great fun too. Most recently I made it my goal to get a fursuit, which I'll be getting soon!

Have you ever had a crush or an ex?
Never had an ex, but I did have a crush on a few guys. Never worked out.

Who's your best buddy?
I have a lot of good friends, but my best buddy would have to be my boyfriend.

What's your favorite dish?
Really hard to say, but I love sushi, sandwiches and steaks.

What's your favorite drink?
Really wouldn't know where to start. Juice is great! Root beer and all the sodas similar to it.

What's your favorite color?
I love purple. Greens and blues are great too. I enjoy the softer colors.

If you had a super power, what would it be?
Telekinesis for sure. With a high level of control.

What's your favorite movie?
No idea. I like several.

What's your least favorite food?
Things that are too spicy comes to mind. Kills all the flavors for me.

What's the last meal you want before you die?
No idea. Whatever sounds really good at the time.

What do you drive and what would you really like to drive?
I don't drive. Never finished getting my license before I started moving all over the place.

What is your most disliked bug?
Mosquito and anything that bites. Just annoying.

What pet peeves do you dislike the most?
As odd as it sounds, I hate persistence. Those things that don't quit when you want them to. Also rude assholes. People without a sense of humor.

What do you dislike in life?
Life is too short. Not to mention those years when you're too young or too old to really do anything. And then you have to live with all those assholes that make it their business to make the lives of others worse than they should be.