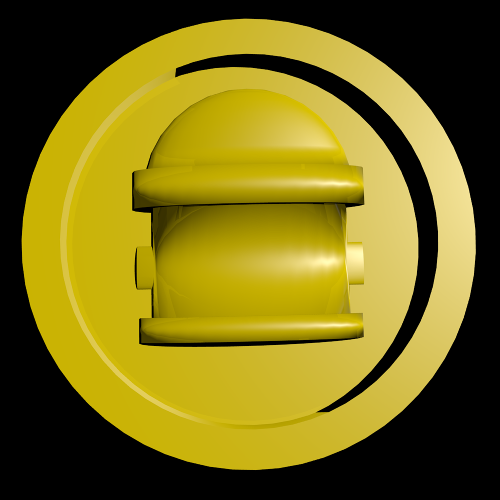 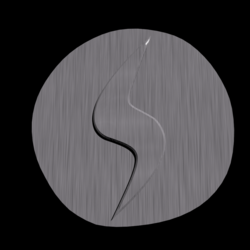 Could it be? Yes! Another medallion in Blender! This time it's based upon the chest/belt buckle symbol for fluffypup's superhero character, Hydric. Just in time for Fluffypup's birthday, no less!

This took about 2.5 hours to make. I created a full sized, simplified hydrant and then squashed it down to fit within the medallion and deleted the bottom half of it, the part that was inside the medallion. I'm getting creative with my tactics. SNEAK TACTICS! Er... *ahem** Sorry, dunno where that came from. =D But yes, a birthday gift for Fluffypup!