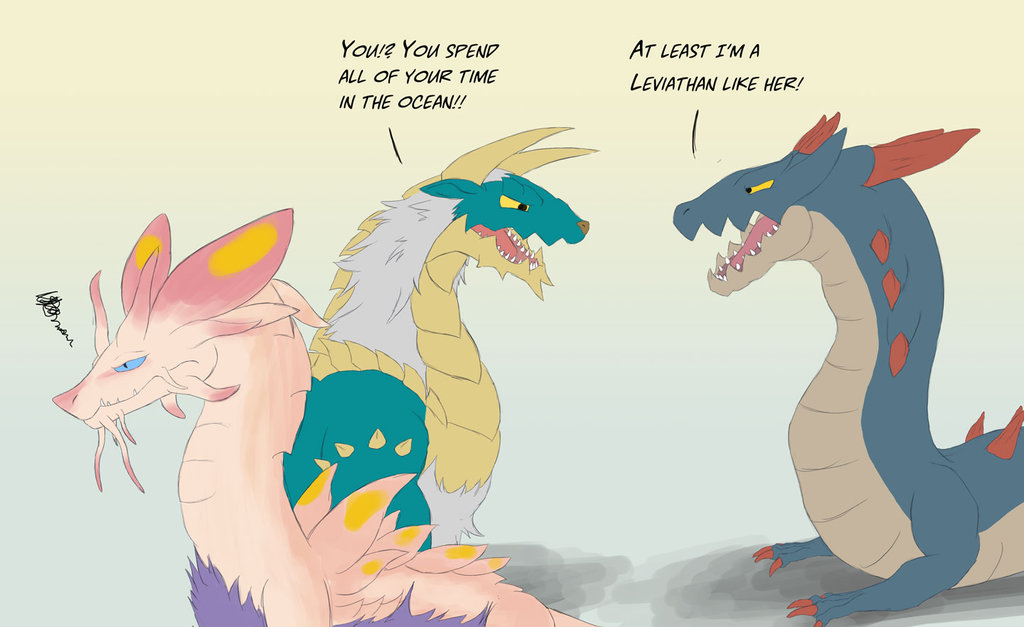 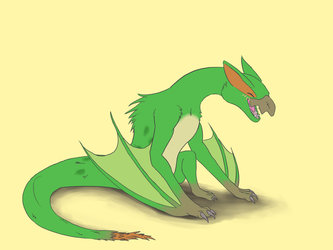 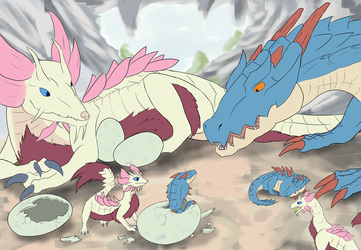 Not long after Monster Hunter Cross's intro was released, a lot of artwork sprung up pairing the newcomer Tamamitsune up with Zinogre due to them confronting each other in said video. Most of said pairings were in a casual/friendly or even romantic way, though I preferred pairing Lagiacrus up with Tamie most of the time. It makes sense and all, since they're both leviathans.

As a side-note, this was my first time drawing Zinogre. Man is he tricky to draw!