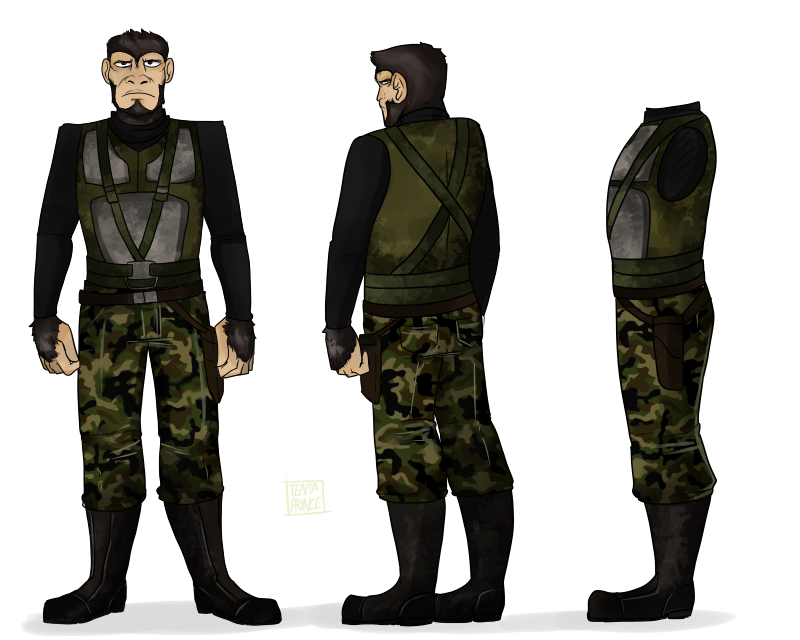 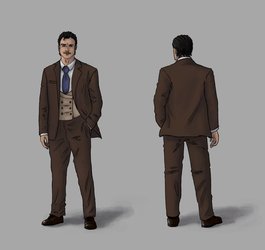 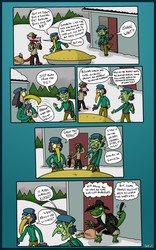 With Joshua Sanchez revealed, allow me to reveal his right hand man, enforcer, bodyguard and the whole reason Sanchez's dickery hasn't caused him to destroy his own organization yet. Here is Andre Le Pein, former soldier turned key employee in a powerful criminal organization.

Andre Le Pein is a little known criminal, but one who would likely be internationally feared if he was.

Growing up in a French orphanage with his sole friends a pair of streetwise weasel twins, he discovered at a young age that he had a knack for fighting and developed a significant bloodlust. Becoming at first a thug and then an unlicensed boxer, he ultimately ended up joining the French Foreign Legion and served in, among other places, Iraq. He did not join out of a sense of patriotism, so much as a desire to feed his hunger for combat.

He'd maintained a criminal streak however, and started up a battlefield looting operation...that Winston Pike's sister Betty happened to expose. Andre was arrested (though not before killing multiple soldiers in an escape attempt), but on his way back to France to be tried, his plane crashed and he was presumed dead.
Joshua Sanchez had arranged this because he had heard about Andre's skill in killing and his considerable intelligence, believing he could make a good addition in his operation.

As it happened however, Andre turned out to be far more useful than just being an assassin, he had mellowed out his impulsive traits years ago and turned out to make a surprisingly skilled adviser, and surprisingly enough, an actual friendship with Joshua Sanchez.

At present, Andre Le Pein is literally the only person Sanchez truly respects (won't stop him from periodically trash talking him though) and has currently been tasked with both helping out certain aspects of Sanchez's master plan, and helping Sanchez successfully slip into Hetelville unnoticed.