My preferred anthros to draw are rodents, canines are boring and I've had enough of them. If you need decent rodent work done, I dare say I'm your guy. For commission work my media tends to be traditional sketches that are digitally colored.

Maybe later I'll jot down my personal interests and such but right now I'm just gonna assume that nobody really cares about that stuff. 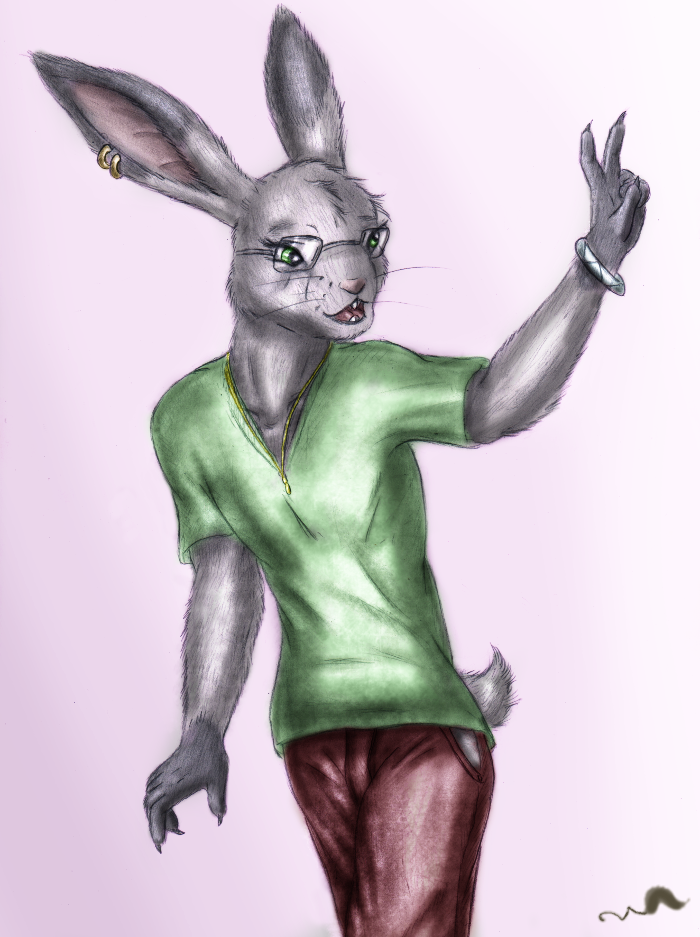 Does anyone give a shit about this site yet?

I've been away from Weasyl for a while. With how dead the place is it's been sort of hard to want to keep up a presence here. I noticed that forum topics I started in January are still among the newest threads so that doesn't bode well.

It's a fine enough website but...nobody interacts, you know? Feels like one of those school exercises where the teachers have you play a game to get to know each other but you're all too socially awkward to want to really participate so you kind of just shuffle around until they mercifully let you sit down.

$15 for detailed sketched character, 3 characters for $40. Simple background only, no additional charge.

$10 for line sketched character, 3 characters for $25. Simple background only.