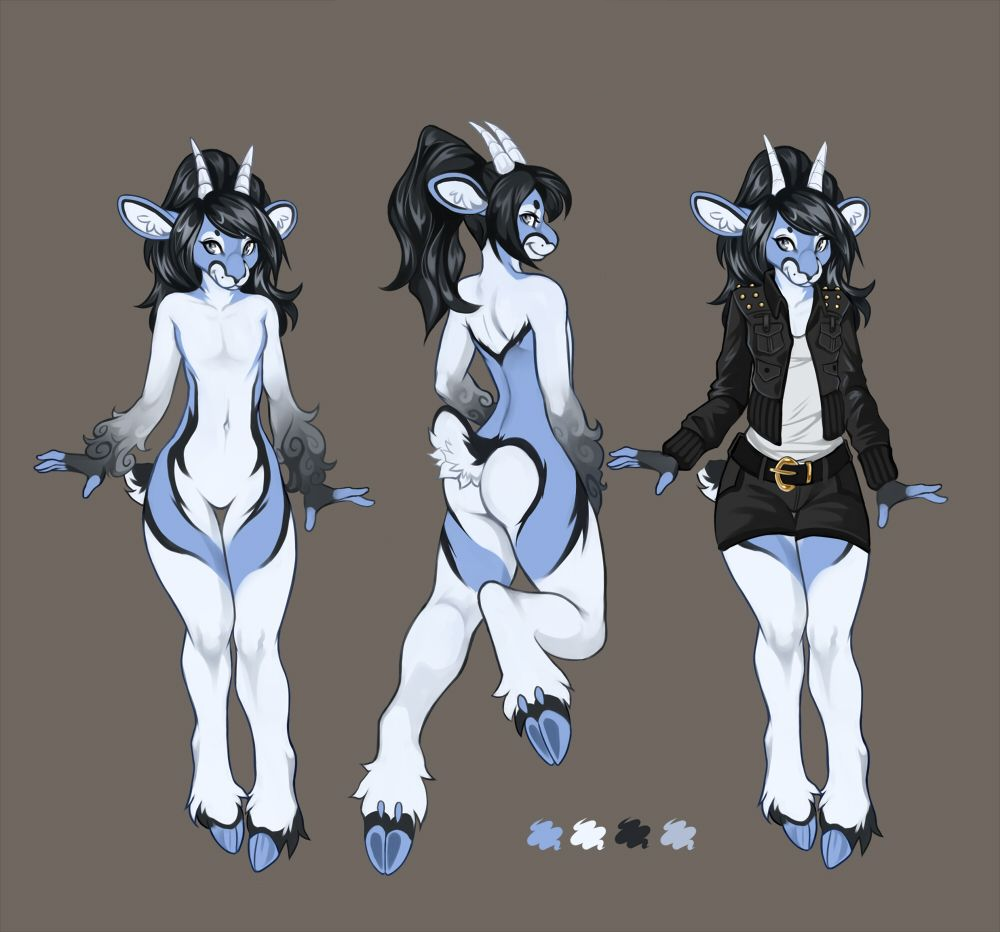 At a glance, it's surprisingly easy to mistake Signy for the pint-sized femboy she appears to be. A petite, leggy figure always dressed in boyish clothing, she often passes as the opposite gender. Of course it helps that her slim chest is naturally flat. She enjoys being a "reverse trap" and passing as a boy, though considers herself female.

The incorrigible tomboy has a love for electrical work. Troubleshooting circuits is puzzle solving at it's finest. She enjoys practicing her marksmanship, Sig Sauers being her preferred pistols, naturally. Her devil-may-care attitude was born from a difficult childhood, tempered in a brief stint in the Navy (where she relished living up to the nickname 'Liberty Risk'), and finally polished in her own rakish behavior.

Is Signy trans* because she likes crossdressing as a boy?
No, not quite! While she really enjoys genderbending and challenging gender roles, she identifies as female. If anything, she'd fall under the genderqueer label. She'd never actually say she was a boy, and if asked outright would admit to being a girl.

What does she enjoy about genderbending?
Well, for one she really likes playing with gender perceptions and sexual orientation. She also likes keeping such a big secret. I guess she never grew out of the schoolyard 'I know something you don't know!' mentality. She finds the surprise reveal really fun too.

If Signy likes pushing the envelope so much, why is she straight?
She's just wired that way. She finds masculine men insanely attractive. She loves the challenge of it, the potential mindfucks she can deliver, and, despite her bratty topping-from-the-bottom type of nature, is ultimately a sub in bed. She needs a man who's stronger than she is, one she can't manipulate or push around - even though that's fun to do too!

Does art/roleplay with Signy have to revolve around gender play?
Of course not! I love all sorts of stories, and while I'm admittedly biased, I think Signy is allot of fun to depict in all sorts of different situations, settings and stories. She can always be known as a tomboyish girl from the getgo.

Is Signy always drawn/played as flat chested?
I can enjoy playing her with a petite bust, but I do prefer her to be flat. Think of it this way, Signy's (very impressive) rack is on her head, not her chest. If you do prefer her to have mosquito bumps, tell me during the scene negotiation phase. Please keep in mind that I won't play her as anything more than an A cup. In stories where she does have a more feminine build, she will still wear binders under her shirts.