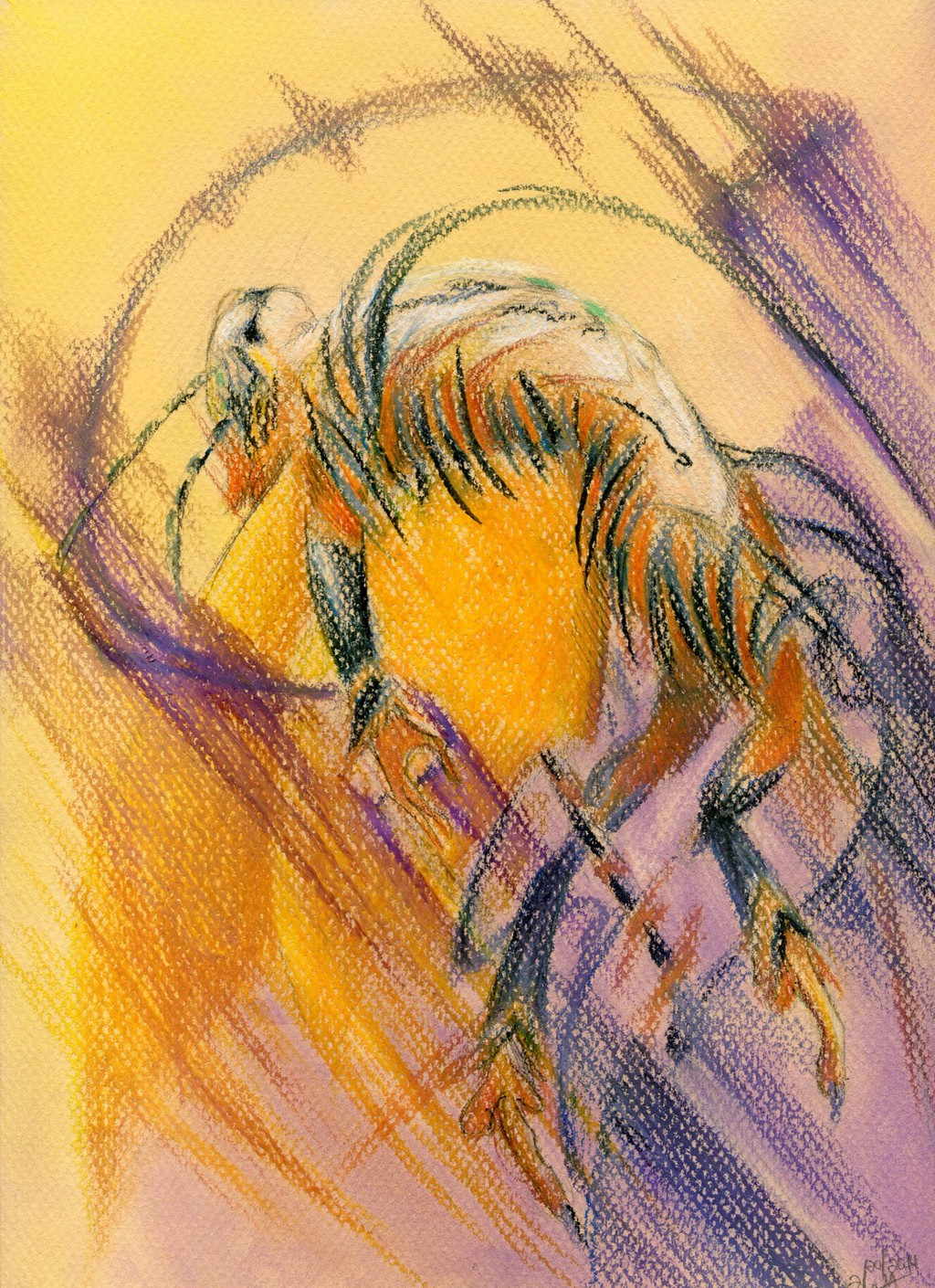 “By Spirit, Flame and ray of Light, by divine rebirth you shall no longer want of the sky or the Axis. Now, this sacred flesh will forevermore be touched by the presence of the Sun Moth, She Who Flies Silent. You are Dawn, who will merge with Dusk. You, who will wander and accomplish the impossible.”

“Oh, yes, that's what that shaman had said. I wonder why all those years ago I had forgotten it. Sacred flesh. Divine rebirth. More like a candle flame that doesn't know when she will run out of wax.”

Original tribal name and title no longer relevant, she now goes by Ember-Echoes-Brightly, or simply Embers to those few friends that aren't as fleeting. A member of the far-reaching guild known as the Messengers, she is a mysterious and reserved creature who also possesses the exotic and bizarre talents of the psionic Elocater, masters of displacing objects and energy in time and space. Other than that, very little is known of her actual personality or what she hides behind her sad, beautiful mask.

By happenstance, she has found a kindred soul in an ancient gargoyle privateer named Dorofue, whom she has become as quietly devoted to as day is to night. She is an individual that feels as adrift and ethereal as the force of time that she manipulates, so she now follows him through voyages on his airship. This has gotten her wrapped up in more than a few world-shaking events, but even these have not quite cracked her apathy just yet. To do that, she still must rediscover herself and the elusive inner flame that she seems to have lost.

Story update: Last year she ended up resigning her post as a Messenger and is now a member of the up-and-coming group known simply as the Circle, which comprises some of the most competent, adventurous and wise individuals that Alteir has to offer.