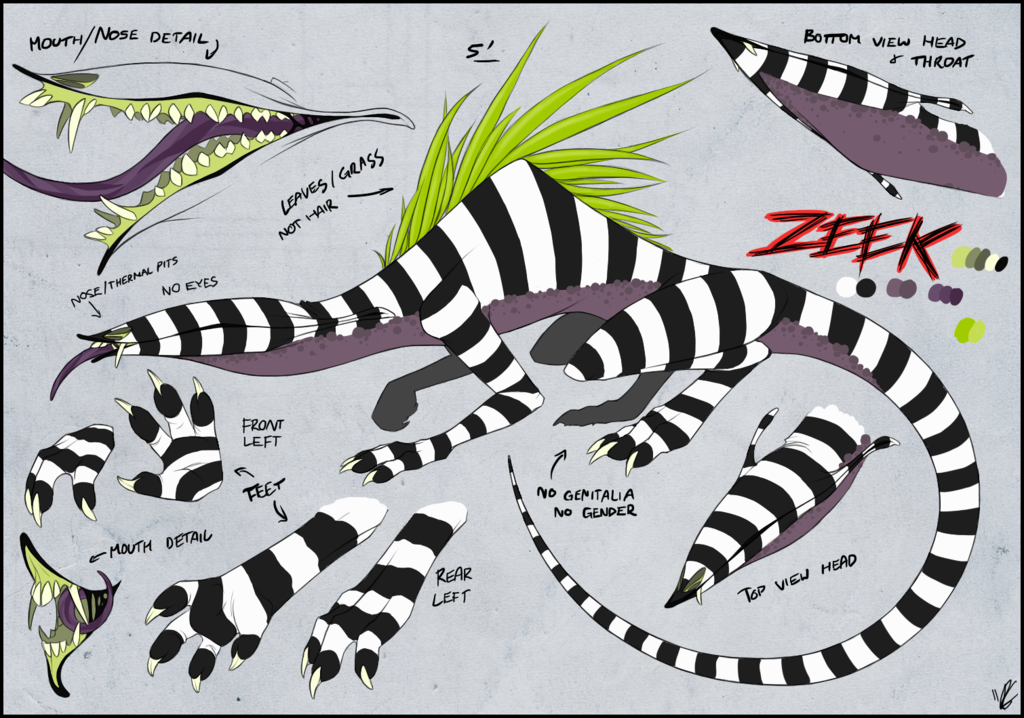 Zeek is an alien type of highly-evolved omnivorous plant that gets depicted mostly in horror/gore/vore scenes on his own native planet, Nephyt. He has no gender(but usually gets male pronouns), and no one knows his age for sure. He's more of an animal or a monster than an actual character, and has a mentality fairly similar to most large reptiles, with the appetite of a somewhat desperate opportunistic feeder. He will eat most things both living and non-living, and can digest most of what he eats. He is a shapeshifter, and will use that in desperate times to catch trickier prey or evade dangerous predators, but only if absolutely necessary as it requires a lot of energy and he isn't very good at it. Zeek has no sex drive, and reproduces asexually by budding when resources are plentiful enough, but has no attachment to his offspring once they drop off. He can't talk, but can make some whistling/clicking/hissing/screeching noises and mimic a reasonable range of sounds, as well as copy some limited speech, like a parrot. He has a very limited understanding of any language, at best.

Zeek is often drawn OOC, on earth, in adult art, or in other situations he would never be in, and that's okay with me.