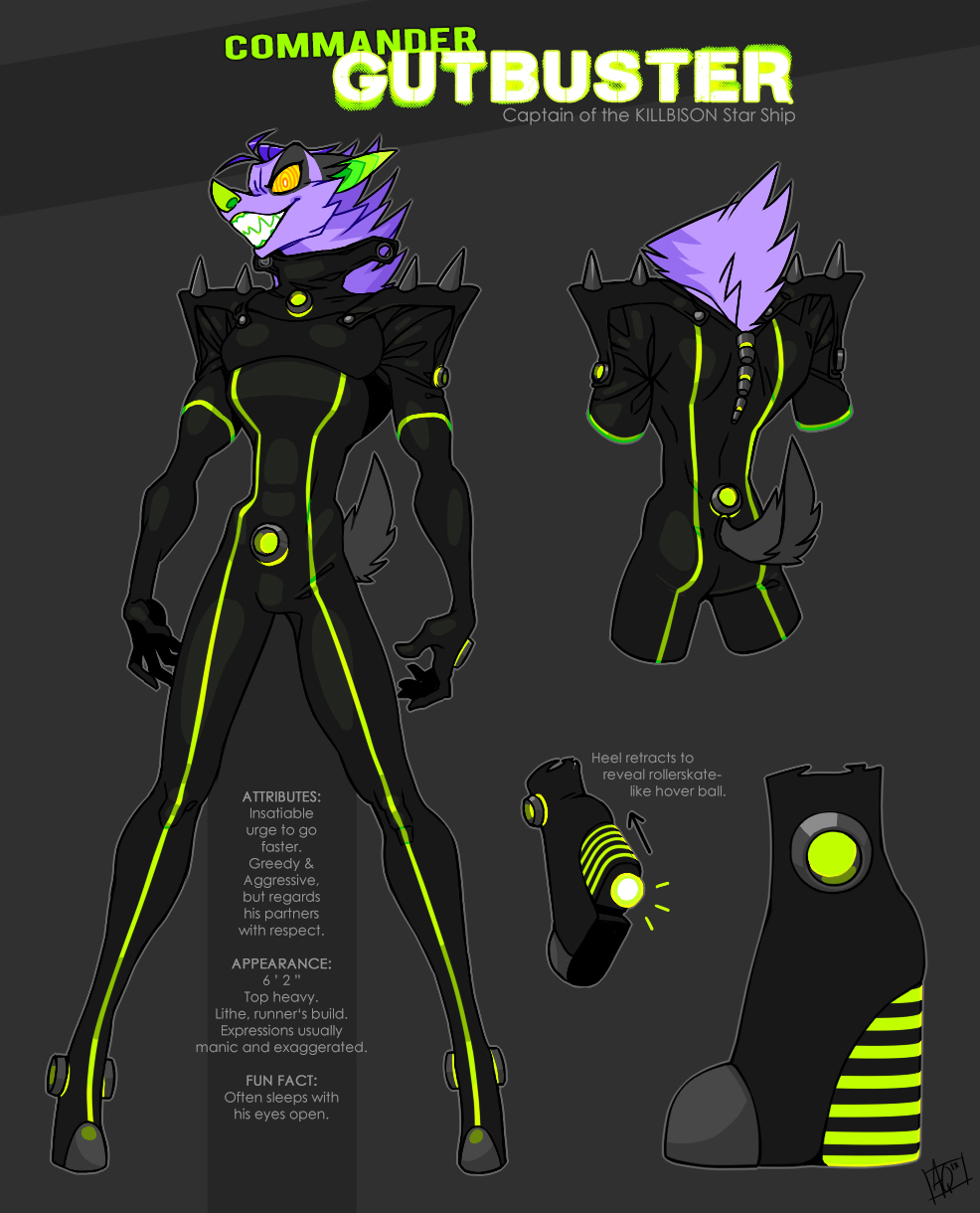 A ballistic ship captain, whose ＮＥＥＤ ＦＯＲ ＳＰＥＥＤ™ and general lack of self-preservation leaves his life in the wavering hands of luck. His outstanding goal is to gain power and wealth in the fastest, flashiest, and (if need be) most destructive way possible. His greedy and haphazard habits seem to know no pique. However, despite seeming disingenuous, his loyalty and sincere respect for his crew come first and foremost to him.

He also has a rival, Captain Viscera, who he secretly admires and adores a whole fuckin lot and wow is there some heavy sexual tension there hey