Tree of Life - Weapon and Height Chart by Zummeng 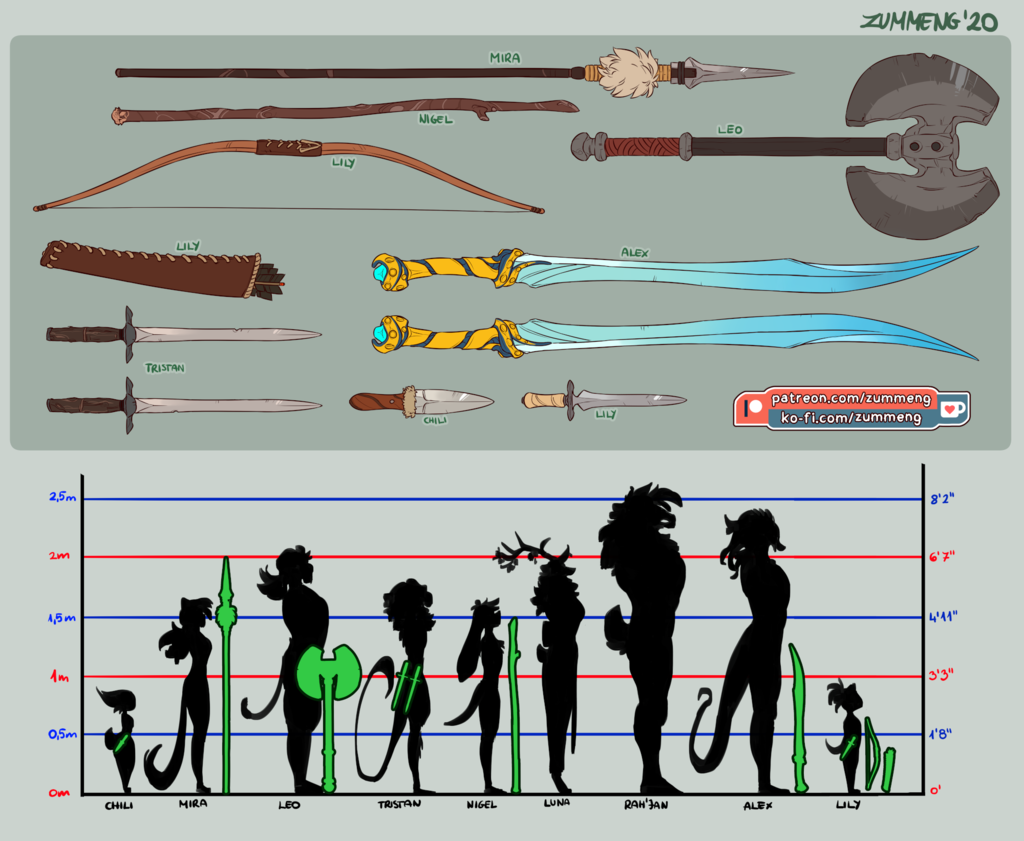 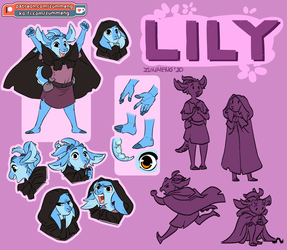 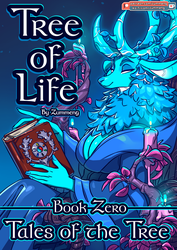 So here it is guys, the very last refsheet before the comic.

While we already knew how big every character will be, we thought it would make future work a lot easier if we had the sizes for both the characters and for the weapons in one place. And I think it turned out very informative :) I know the characters' silhouette aren't really much, but I think they give a good impression how the shape of the characters differ from each other as well.

This is the first time you can see the team's weapons as well. As you can see, most of the weapons are pretty basic, and nothing really special. But this will be only the start of their journey, so I think it's understandable they are not running around with all kinds of rare and special weapons. They still have to find themselves first before they could really know what's the most fitting weapon for them :)
But I'm sure you can see there are two weapons that differ from the others. That's right, Alex has his own swords he's been carrying for hundreds of years. These two swords are one of a kind artifacts, and they were created specifically for Alex. So they are godly weapons indeed.

I know this refsheet doesn't look like much, but to be honest, maybe this was the one that really made us happy. Maybe because this is the first time the characters are “kinda” together. Or maybe because the weapons were the last details we had to show before the start. Because after this, there is nothing left but the actual comic itself. And this feels absolutely wonderful :)