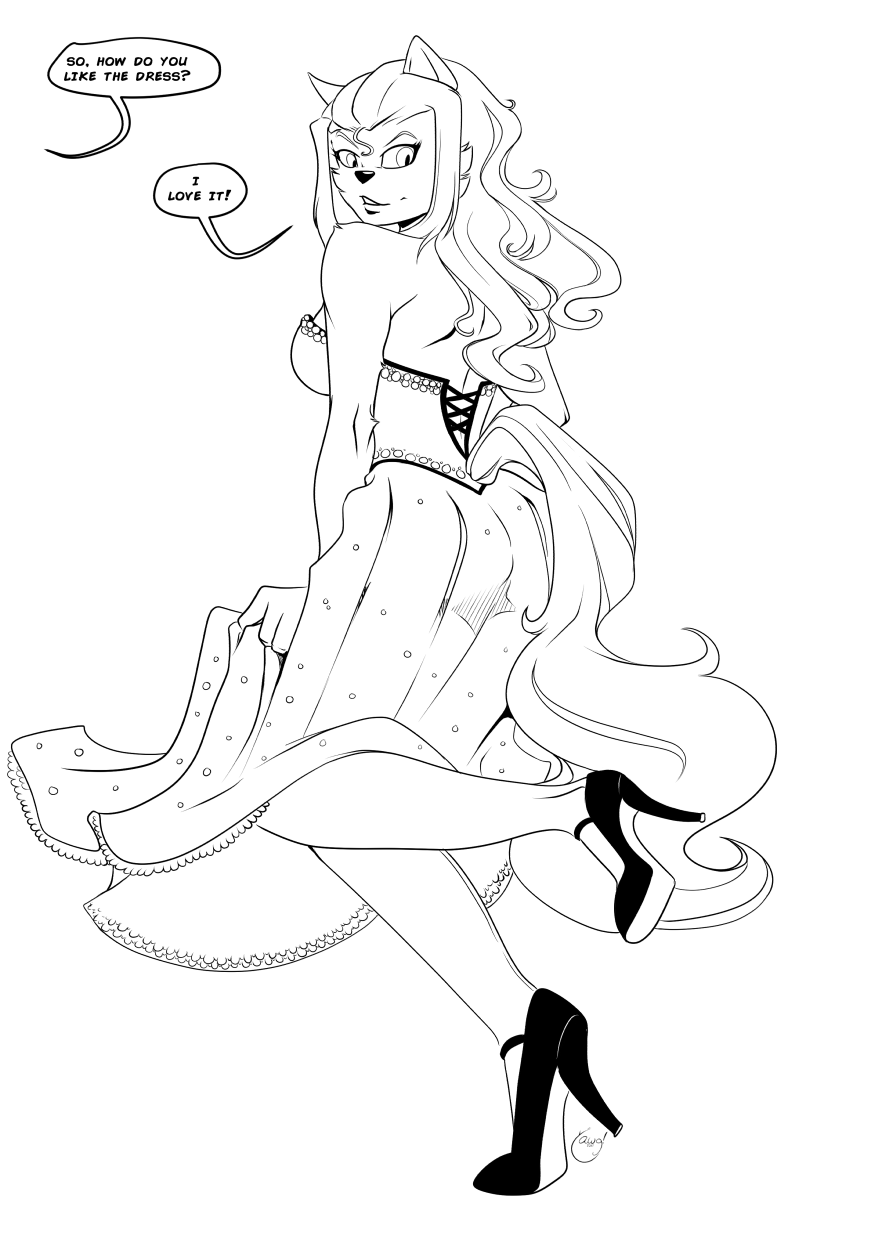 Bry's OC, post fight, drops by some kind of fancy lady boutique and buys Jenny a new dress to replace the old ruined one. It's a fancy dress for a fancy lady, purchased by a fancy man with a fancy name, which I constantly misread as "Crown Prince Louis Gosset, Jr." because for some reason I'm still thinking about Louis Gosset Jr. Movies.