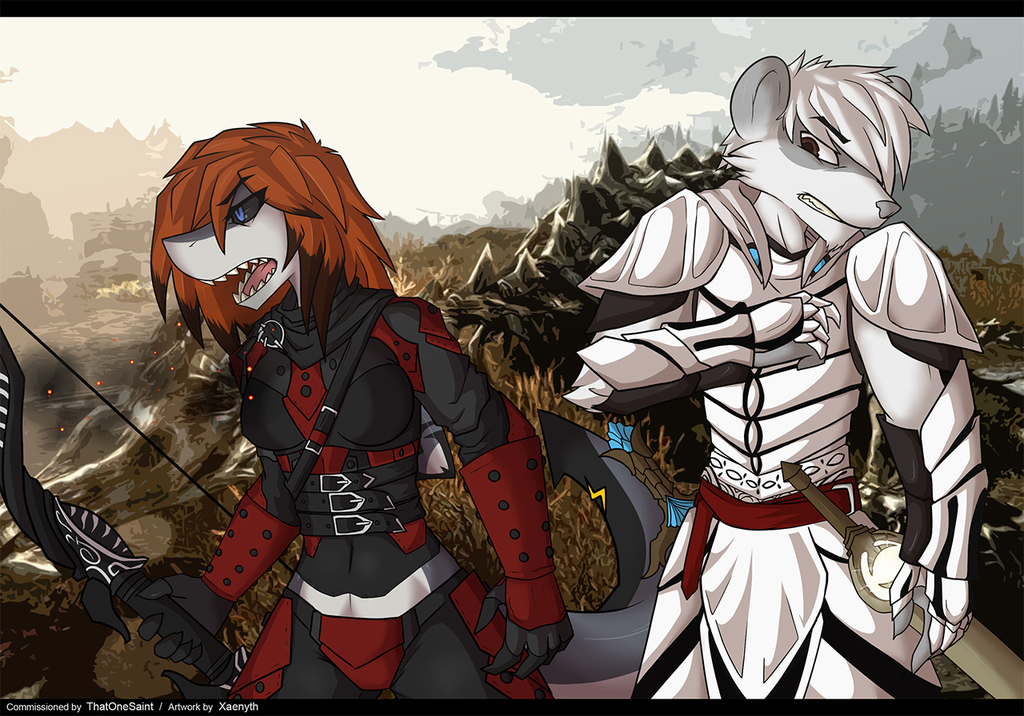 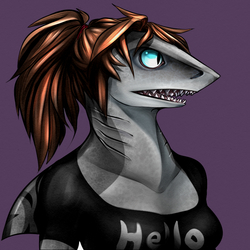 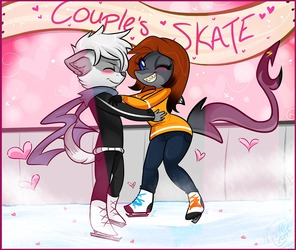 Art by the lovely Xaenyth! Check out the original here: http://www.furaffinity.net/view/12619377/

After downing the rather-troublesome Ancient Dragon, the adrenaline of the battle still boils through the veins of the two adventurers. One a shark, donning the ancient armor of her Dark Brotherhood brother, the other, a ferret, donning the ancient armor of those long forgotten. Embers smouldered out of the shark's mouth, jagged teeth bared. The ferret sheathed his swords, wiping off the blood from his cheek from the slain dragon. Before he could say a word, the dragon's corpse began to disintegrate, a slight gust of wind picking up as he felt an essence leave the dragon. But the essence did not go to him; no, it went directly towards his partner. The glowing essence enveloped her body, her eyes sparkling. She was a rare species of her kind indeed. She was a Dovahkiin. A Dragonborn.