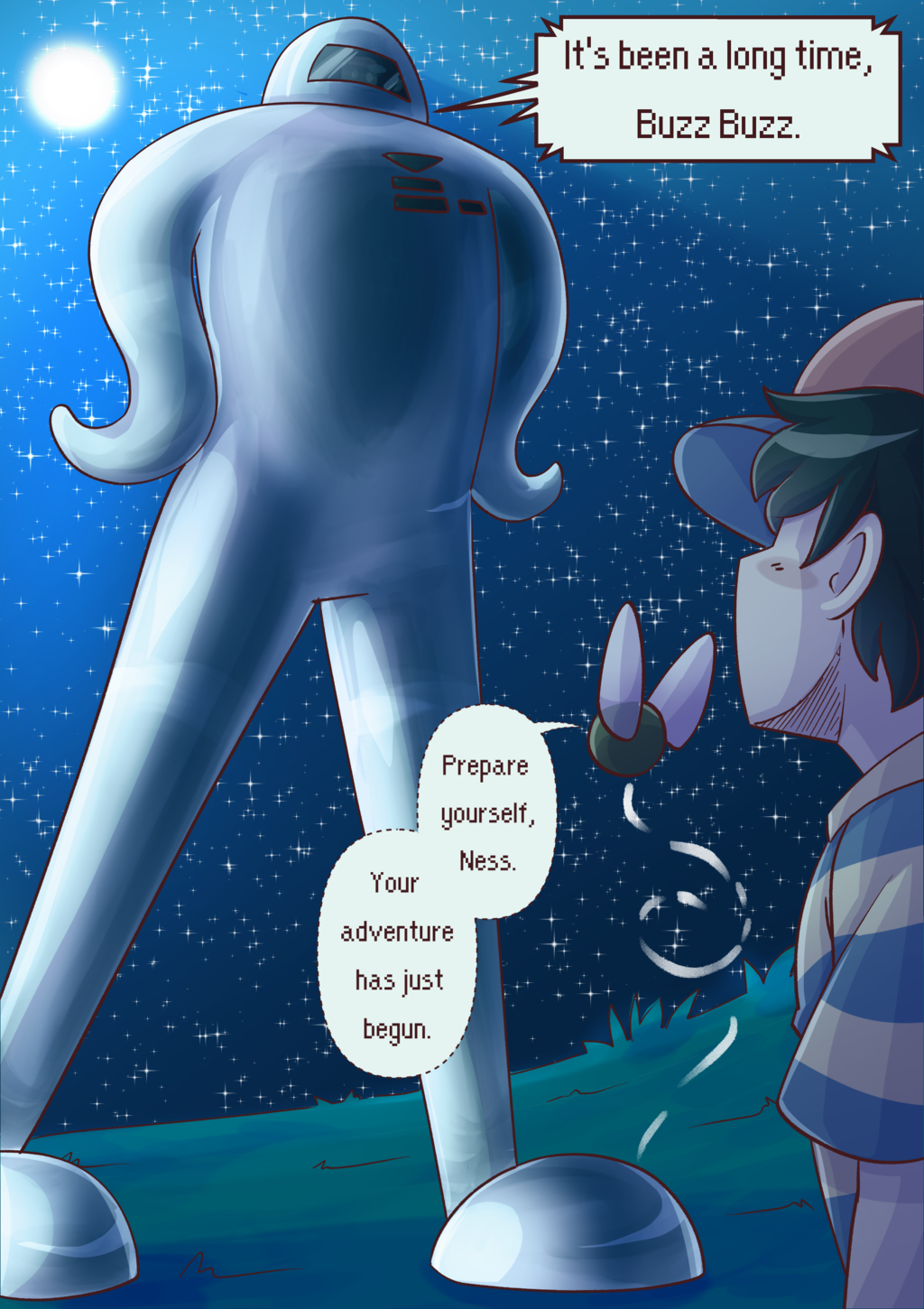 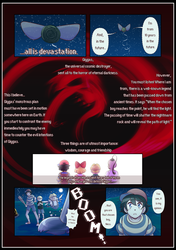 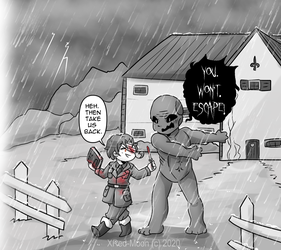 Here we are! My final for Fall quarter 2019. We were tasked with drawing a Fantasy/Sci-Fi or both comic with four pages. It had to follow the plot of a character living about their normal lives and then they are suddenly thrust into this new world/adventure.
That being said. Why Earthbound?
It's all because my professor during a made up example spouted "Aaand then suddenly! The Star Man appeared"
I came up with the idea to heavily abridge the beginning of Earthbound and proposed the idea to my professor, showing him the game and told him which year it came out, in which he said, "perfect! go for it!"
I cut out a LOT to fit this four page maximum just to reach where the the starman junior shows up. If i were to redo this comic, I would certainly pace it better, and make it more accurate to the game than this abridged version. But for the sake of the assignment this is what I have.
Enjoy!

Page Notes: Oh hey! You made it to the end! Congrats! By this page I had sort of given up. I spent the least amount of time on it. (Clocking in about 5-6ish hours?). Not happy with it. But this was literally the last thing I made for this quarter, I was LONG out of steam and motivation for anything. But I'm actually happy with the angle I drew ness at. The Starman junior could have been done better, but I don't know how to draw convincing looking metal. Also Buzz Buzz just looks like a fairy from TLoZ:OoT
Anyways. Least favorite page. But it's done! And now I can go rest. =w=

---
**YOU ARE NOT ALLOWED TO REPOST MY WORK WITHOUT PERMISSION
Consider supporting me, by buying me a coffee!
Support me on Ko-Fi