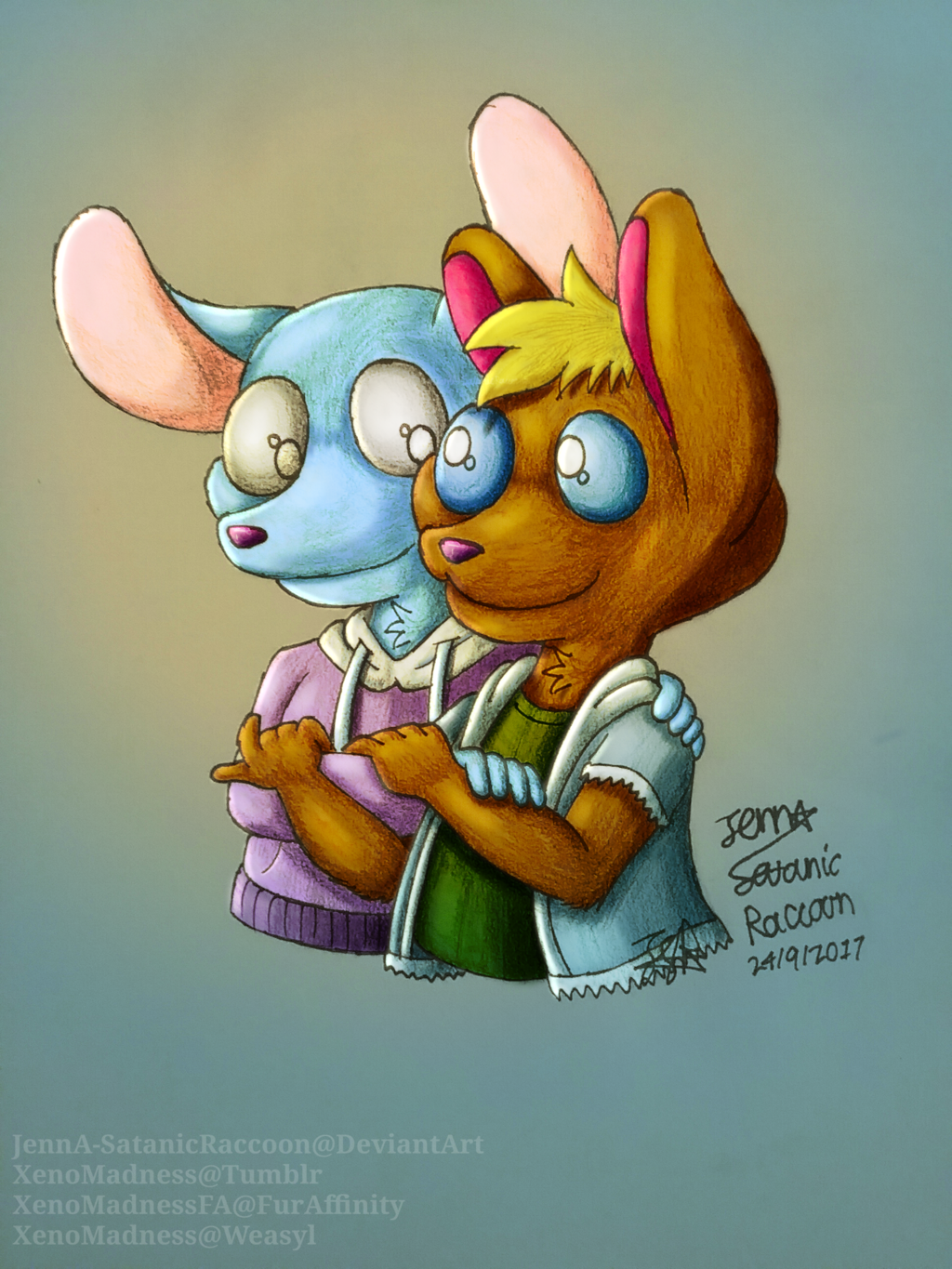 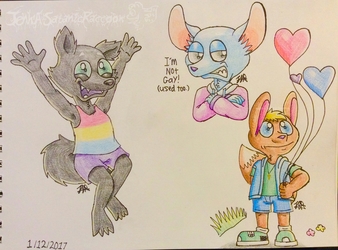 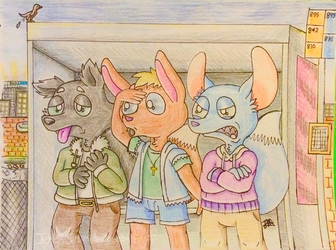 10th December 2017
Last night I did an experimental colouring technic from this https://jenna-satanicraccoon.deviantart.com/art/Best-Buds-706120881 originally coloured in monochrome traditionally.
I used another layer on top of the original pic and used a hard air brush to colour over on top whilst set to Overlay. The shading was done in Multiply. Air shading was done in Overlay as well and the reflected highlights were set on Soft glow whilst lowering the opacity a bit. I very much like has this style came out, especially leaving the texture of the pencil on as well~
Also just in case again: their names are Bryan and Dexter. Also NO HOMO! XD

Ps. I'm not going to post the original on here as it'll just stay on DeviantArt.