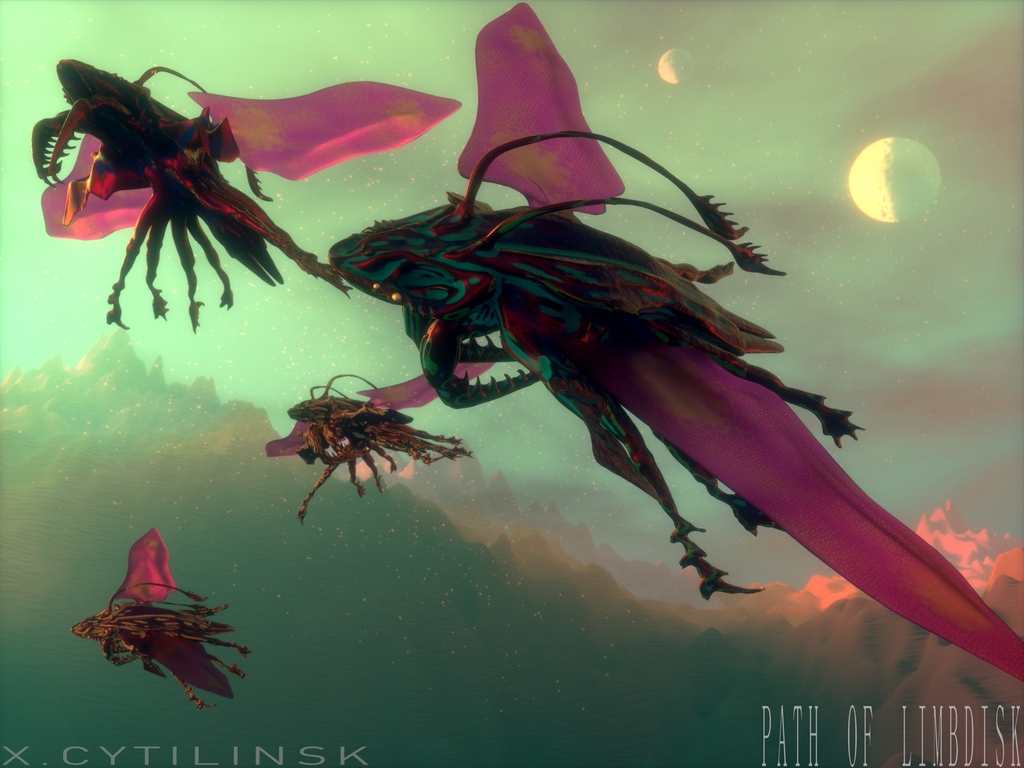 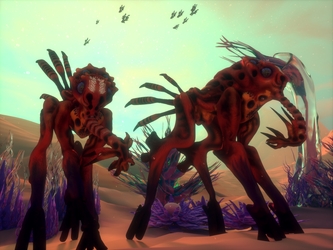 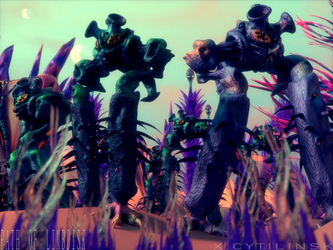 The Aristael is a large aerial predator found across much of Lejendairida’s landmasses. They demonstrate organized behaviors and often hunt in small groups of three to six. They feed mostly on smaller airborne species and occasionally on small land or sea creatures.

Like many large predators on Lejendairida, the Aristael has fairly poor eyesight utilized primarily for tracking light sources including the two suns and moons for the purpose of navigation. Their primary sense is a strong infrared detection system in the form of a large set of heat-sensitive pits which dominate their head region. They dispatch prey with a paralyzing electric shock delivered by strips beneath their heads before clasping them with their muscular pair of raptorial limbs.