The Saga of Fidonhaal: Daughters of the East - PREVIEW 1 by WulfeVanDerKross 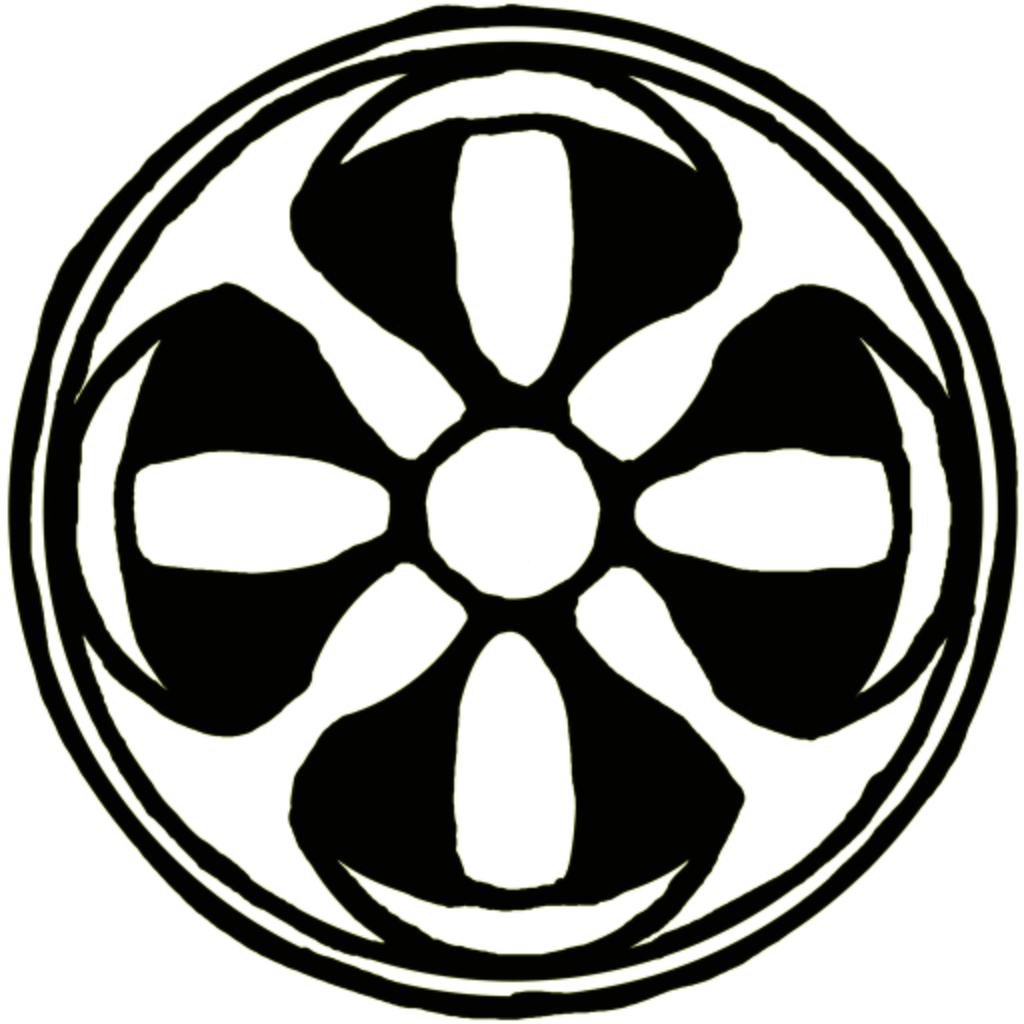 SHEEVA MIVINAAR awoke with a start, her grey fur soaked in sweat and her shoulders heaving as she gasped for breath. She had dreamed of the funeral again, the one of the south warden that had been held months ago in the summer. The first few times it had happened, the princess thought it was surely nothing more than her mind acting in sympathy to the Greystones. Now, however, she began to dread that the dreams were dark omens. The nightmare she just had, as far as she was concerned, all but confirmed that fear.

She stood before the body of Valor Greystone as he lay in the family garden, in sight of all the mourners before being laid in his tomb. Nikolas, son of the south warden and Sheeva’s suitor, stood beside her. His mother, Halla, stood by her husband’s body in silent and exhausted grief, her anguish spent in the days before. As the princess paid her final respects to the handsome Balon noble, all the world went quiet and the sun suddenly vanished behind a curtain of grey cloud. A lone beam of its light bore down upon Valor’s face. A gust of soundless wind blew across the dead warden, stirring his long, white hair and the snowy fur of his face and folded hands, even moving his head to face Sheeva squarely in the eyes.

And then his eyes opened, and Sheeva stood frozen to the spot. Then his mouth opened, and chills rippled throughout her body as her cry of horror lodged in her throat.

“All is connected,” the warden’s voice echoed hollowly from his unmoving lips, “and all leads to all else to be.”

Then Valor’s right arm fell limply from his chest, and rose with open hand outstretched to the petrified young princess. Sheeva pleaded for her legs to move, or to even give way, so long as she might escape the dead man’s touch, but to no avail. She gaped in terror as the arm extended beyond its natural reach, continuing to approach despite Valor’s otherwise still corpse. Her vision tunneled to focus on nothing but the hand reaching for her shoulder.

“Where will this lead you?” Valor’s voice rasped. “And where will you lead what is to come?”

The hand clasped upon Sheeva’s shoulder, and began to shake her.

Then, the Princess of Enmayar awoke.

She sat up with a cry of alarm, clutching her shoulder as the hand pulled away, and found herself staring into the eyes of her tutor, Xalu Vernifel. The risen sun poured its light in through the window, giving the grey fur of both princess and teacher a warm glow, and highlighting Lady Vernifel’s worried face.

The princess pulled her blankets about her, trying to stop her shaking.

“It was Valor’s funeral again,” Sheeva explained, “but it was nothing like the dreams before.”

Xalu hugged her pupil as she listened to the account of the nightmare, speaking to her as a second mother.

“That would have certainly scared me, too,” she said. “But I think it could well be a good sign, if indeed there is any meaning to it.”

“How so?” the princess asked, at a loss for how to view the bone-chilling vision in a positive light.

“That ‘all things lead to what’s to come’ sounds like a herald for new opportunities in life,” Xalu explained as she helped Sheeva out of bed. “I was coming in to tell you that your parents have wished for you to consider other possible suitors in light of .... well, how things have been these past few months.”

The princess looked at her teacher uncomfortably. Both Sheeva and Xalu had the same brown eyes, and the two pairs were now looking intently into each other as Sheeva mulled over the thought.

“How could I just end things with Nikolas, even with how things have been lately? It’s not like I can’t understand why he’s been the way he has, or Lady Halla, for that matter. Surely you can see it?”

“Of course, Sheeva. That’s why we’re only talking of thinking about others. After all, this sort of thing with just courting Nikolas this whole time, even though it’s gone as well as it has until recently.... it’s not exactly the usual course for most Fidons anyway. We’ll be happy for you whether you married Nikolas or an innkeeper from Janrenar, or even if you didn’t marry, though that would of course make for some complications in setting the course for the future, given your lot.”

“I know,” said Sheeva as she turned and went into her room’s bath and toilet chamber, “but this is still a bit sudden, wouldn’t you say?”

“I suppose so,” Xalu called out softly into the bath chamber, “well, specifically for you, though we’ve discussed it over the past few weeks.”

“Your parents and I, and a few others.”

“I don’t suppose the ‘others’ were, or included, Nikolas or Halla?”

Lady Vernifel hesitated before speaking. “Not until last night.”

Sheeva sighed heavily in weary resignation as she washed her face. Already on edge from her dream, the princess suddenly found herself feeling very agitated toward her parents and Xalu. Why keep her, Nikolas, and Halla in the dark for weeks over this? She and Nikolas had been friends since they were little, and as upsetting as Valor Greystone’s death and the events surrounding it had been, she was finding it very difficult to see herself possibly ending up with someone else. An uncomfortable silence followed, and Sheeva feared her sigh may have sounded angrier than she initially thought. She quickly finished her washing and came back into the bedroom, where she found Xalu seated on the edge of her bed. The tutor looked at Sheeva, her dark, brown eyes laden with regret.

“We didn’t mean to keep this from you as though you were a child, Sheeva,” she said gently. “We just didn’t want you to worry over it too much until we discussed a few things first. I’m sorry if you feel we didn’t want to give you more of a say. Remember that this is just something we were hoping you’d consider.”

“Very well,” said Sheeva, “and I’m sorry if I sounded angry. It was just so unexpected.”

“Of course, dear,” Xalu said as the two held each other in another caring embrace.

“So, is there anyone in particular that I may want to consider?”

“Well, we thought that perhaps you might be interested in getting better acquainted with Allor Indovis, the boy you met at the funeral.”

“Yes, that’s the one. His family helped in settling matters with the south famine and ... that bit of unrest. Your mother and father were very impressed by how they handled things, and have invited them to come and visit us for Sardonmay. The invitation was sent last night, and after that we told Halla and Nikolas.”

“And how did they take it?” Sheeva asked, wincing as she did so.

“Not very well, I’m afraid. We’ve stressed that this isn’t the end of the courtship, and they’re still living here with us until further notice.”

With this, Sheeva sighed with both relief at Nikolas’s continued presence and a touch of resignation for the present circumstances. Her intent to keep the situation in mind and consider alternatives, however, was sincere nevertheless.

“Very well then, I guess we’ll just have to see how this goes. Is there anything else, Xalu?”

“No, that’s essentially it. Your mother and father may wish to talk with you about it themselves sometime today, maybe even at breakfast, but it should otherwise be another normal Fusmay. We’ll have our lessons after breakfast, continuing with Sorrenar’s unification and how the other three continents followed suit in the decades after.”

“Alright. Thank you, Xalu. I’ll be down once I’m dressed.”

Breakfast that morning was uncomfortably quiet. Sheeva sat between her parents, Queen Talrah III and King Samuel, with Nikolas Greystone and his mother, Halla, now acting South Wardeness of Enmayar, across the table from them. Lady Xalu was seated alongside the Greystones, as was the castle’s resident priest, Ranoth Windsbreath, and a few others who were visiting court that morning. Neither Nikolas nor Halla spoke a word to Sheeva, nor did they make any eye contact with her or her parents. The princess glanced at her parents from the corners of her eyes, hoping for one of them to break the silence, but not a word was spoken for the entire meal apart from the prayer at its beginning. Sheeva did notice, however, a few glances being exchanged between the king, queen, and Xalu, which were concluded by a series of satisfied, if weary, nods.

When breakfast finally ended, Sheeva and Nikolas followed Xalu to her study for the morning’s lessons. The princess looked to her longtime friend, wanting there to be a word, a caring glance, anything to break the silence and give hope that, whatever came of the next few months, all would turn out well in the end. But Nikolas kept his eyes to his front. It wasn’t until they reached the door to the study, as the tutor was opening the door and Sheeva began to turn her sight back to her front, that she caught a glimpse of any acknowledgement from the boy she had known for nine years, since she was five and he was eight.

The look she caught from the edge of her sight set the furs on her neck to rising. The south warden’s death had led to anger from Halla and Nikolas, an anger inseparably entwined with grief. Then came disconnected silence and a lessening of cordiality to her and her parents. But those were understandable, given their loss and the feelings of injustice they must have felt, despite how things had played out overall.

But the glare that Sheeva caught in Nikolas’s eyes showed that the news of another potential suitor had set his heart to utter loathing.

The princess thought of her nightmare. Where would all this lead her, and all else yet to come? 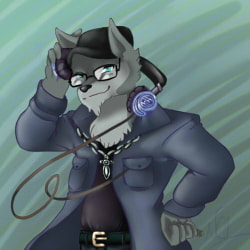 The Saga of Fidonhaal: Daughters of the East - PREVIEW 1

Here is the first preview-chapter of my first novel, now available in eBook and print-on-demand Paperback on Amazon!
https://www.amazon.com/Saga-Fidonhaal-Daughters-East-ebook/dp/B09RJQ24BD

The novel is titled The Saga of Fidonhaal - Daughters of the East, and its story is set within the world of Fidonhaal, a wondrous world inhabited by creatures known as the Fidons. These beings, from our perspective, appear as anthropomorphic wolves, and the name of their race translates from their language as "Faithful One(s)." These people, and the world they live in, have endured ages of conflict and peace, triumph and tragedy, and good and evil, these times involving both the mortals and the supernatural, divine and unholy alike.

The events told within this novel are but one part of this world's saga.