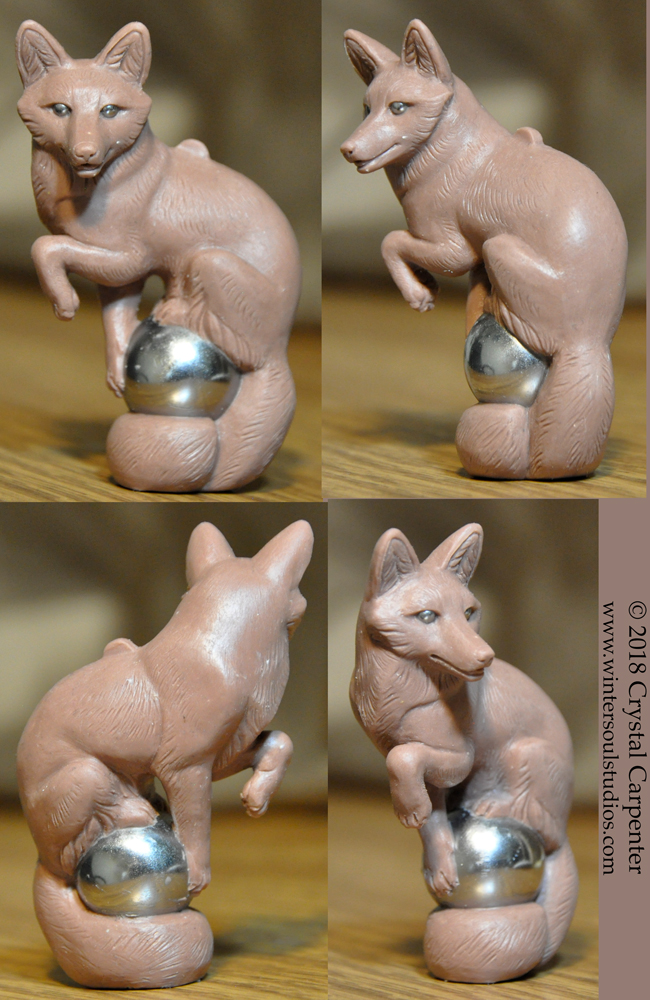 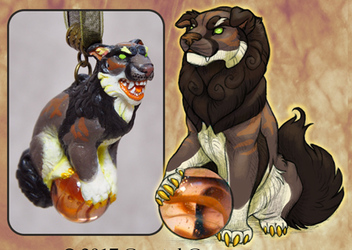 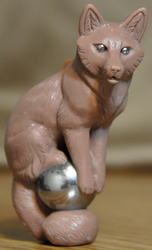 Over the past month or so, I’ve been dropping a few hints to the next ornament adoptable… everyone meet the Whisps! These are vulpine critters, often associated with odd orbs of light and fire, and are found throughout the world. Some of the most well known families of these guys are the Kitsune and Will-O-Wisps (which is where the name I’ve given them comes from). I’ll be releasing more info on these guys in the coming month, leading to the release (the date is currently set for August). Until then, let me give you all a bit of info to start!

-All sculpting and casting is done! They will be limited edition, only 14 casts of each sculpture (totaling to 28 critters looking for homes, given that I don’t snag a couple for myself, ha!).
-The size is a little different. More on this later, but they are a bit larger than the Shisa, as are their marbles. The marbles are different from the usual styles I have, and I’ve included some actual stones!
-“But Crystal… if these are supposed to be inspired by Kitsune, where are all their tails?” - asks some hypothetical person in the audience. Well, I’ll be generating each one individually with a new system based on geomancy. The number of tails will be determined through that, so I don’t want to jump ahead of myself and give the individual more tails than it has earned! Obviously, each fox will begin with at least one tail, so that is what the base sculpt will start with as well.
-These are meant to either hang or sit on a flat surface. Right now, some of the casts are a bit wobbly with only one tail to balance on, so I may either need to do more sanding for a flat surface, or see how sculpting multiple tails works out. I’m not too attached to the idea of them sitting on a flat surface, though. Hanging does work well, however, so display will be similar to the Shisa!
-I’ve been busy re-vamping the way stories and abilities work to encompass a larger world. Again, the method of generation fits a little better with my ideas on the re-vamp, plus I think the storylines might be a bit more flexible and fun to play around with, while still being design/character focused!