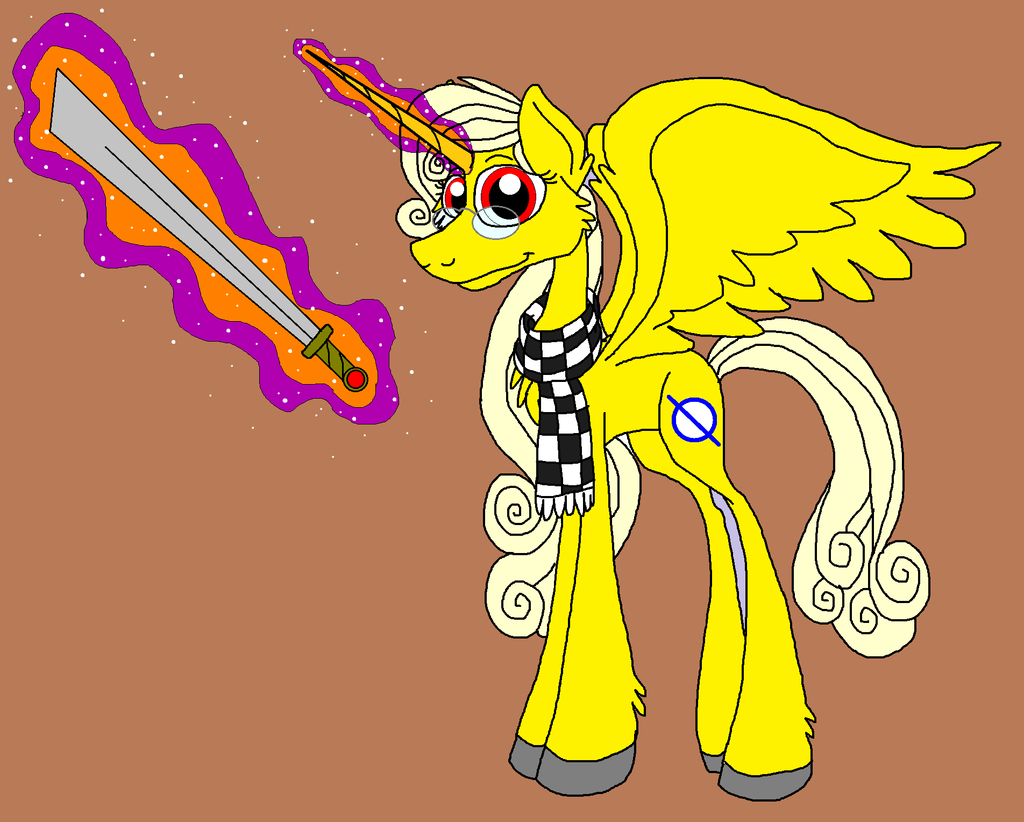 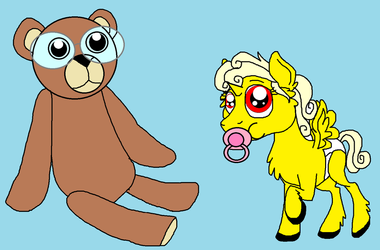 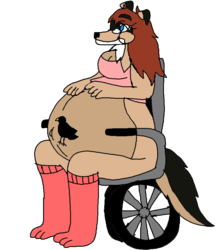 This is my pony OC that my mistress Rosefang made for me in her adult self, she looks even more pretty and even more tougher than before and even after getting her cutie mark she learned to use magic and dominate swords, she gained much knowledge about history and magic, she centers more to practice combat also she made her monochrome squared scarf sewing it herself and she loves a lot to fly around the world taking stops in each place she lands on, she got her cutie mark after saving her new apprentice taking the bullet for her.

Name: Kaine Dawn Lillith
Age: 22
Specie: Alicorn
Fur Color: Yellow
Hair Color: Blond
Likes: Swords, long chapter books, lifting objects with her magic to practice, sparring, flying, sleeping on grass, piano music, peach juice
Dislikes: Annoying people, sleeping in cramped places, losing her glasses, eating food with mayo(again allergic to mayo), tricky boys, lies and being left alone
Personality: She's bold and courageous, always up to help and protect her friends above something making them her first priority, she hangs out with them with a bright and happy attitude and when there's a fight she jumps right to the action with a mature and calm mind to solve the conflict, she gets very irritated when hearing someone harass her for her blindness and when someone tries to make his move on hear sneaking up to her she won't hesitate to kick them away or slash them with her sword, she's mostly a bookworm when it comes to magic books or novels and she's most times perky.