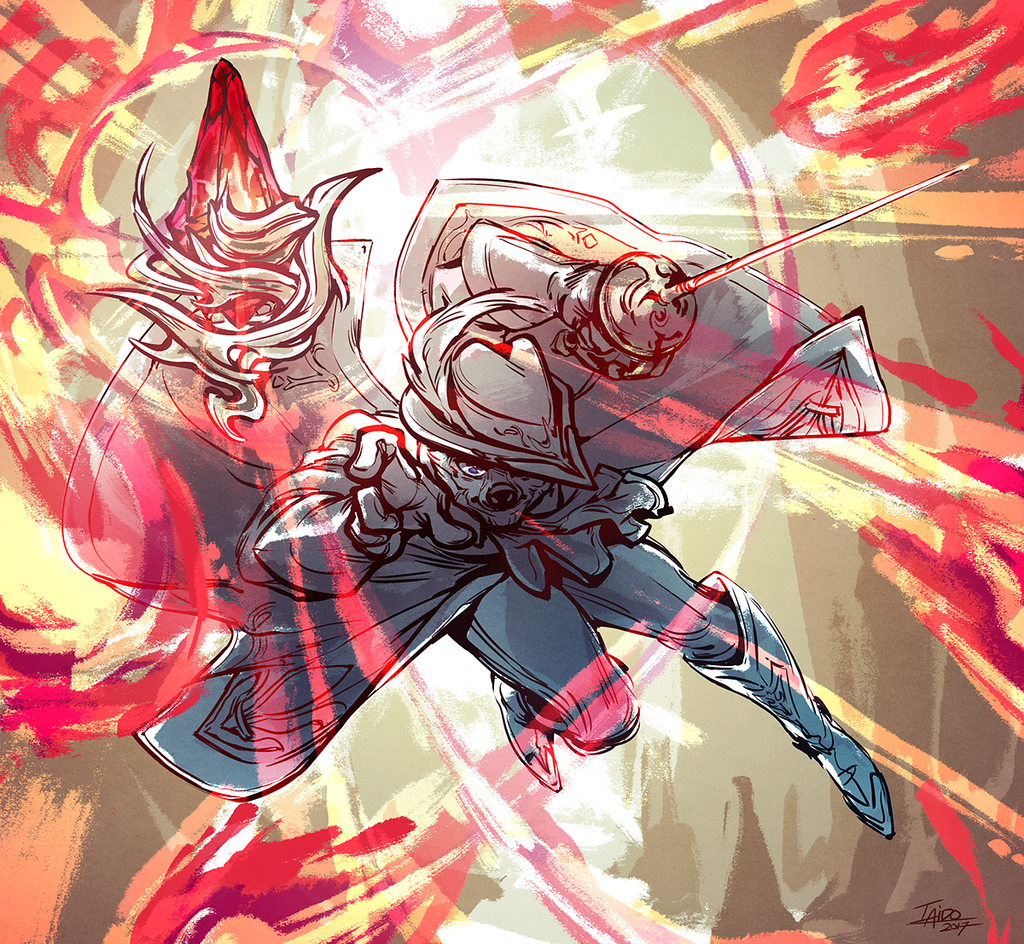 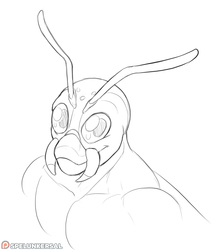 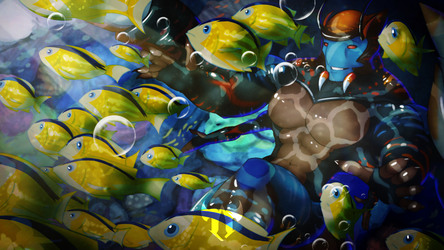 If there was anything that Ignacio was taught well by his father, magic is a versatile tool in combat. The red mage aspires to become a full fledged wizard some day, but in order to do so the ursine had to have an intimate knowledge of White and Black magic at his beckoning.

While the red mage does not excel in either role in the natural and arcane forces, Ignacio instead uses a Crystal Medium to facilitate his spell casting to accelerated levels: the ability to weave spells effortlessly one after another without pause. The constant flow of magic dictates the ursine's ability to change the tides of battle, leaving behind a sea of red at his wake... devastation to any foe unfortunate to cross swords.

Truly a masterpiece of a commission. Iaido 's first piece that I have commissioned probably has set a bar for me in terms of what my characters are capable of doing in an illustration, and Ignacio is definitely working his magic to dazzle the audience!

My deepest thanks and gratitude goes out to Iaido for the work he put in for such a brilliant commission.